About Love: Through thick and thin

Chandreyee’s family started to look for a groom for her after around three years, by which time both were working professionals. 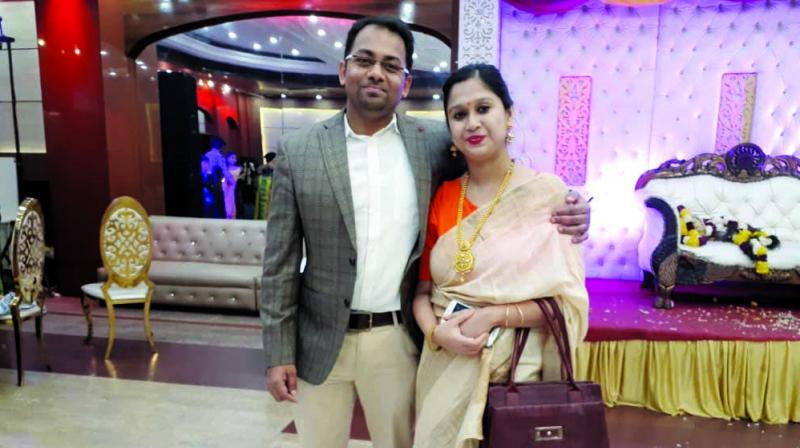 Aashique and Chandreyee Bhaumik Chakraborty, who have been together for over 12 years, have braved the cruelty of time and distance.

Aashique and Chandreyee Bhaumik Chakraborty, who have been together for over 12 years, have braved the cruelty of time and distance. They first met as school kids on a family trip and instantly fell in love. “We were family friends and had gone to Puri for a family trip where we met for the first time.

This was in 2000 when we were too young for literal dating, I was in seventh grade, he was in ninth,” shares Chandreyee. The relationship kickstarted, and like any other love story, the first hiccup came when Aashique moved to Delhi to study while Chandreyee stayed back in Calcutta.

“But we continued our relationship long distance. He would call me from the STD booth on home landline and then, because of the phone bill, my family got to know. And since I was in my first year and he was in the third year, the family told us how it would not be right to get involved at such a young age. So we broke up at that moment and lost touch completely,” she adds.

Chandreyee’s family started to look for a groom for her after around three years, by which time both were working professionals. However, her heart was still with Aashique. “We had no clue about each other’s whereabouts, and when my father asked me if I was seeing someone, my heart and mind directed me towards my now husband. Somewhere, I still had feelings for him,” she states.

With her father’s permission, Chandreyee sent a formal email to Aashique, which brought them together again. “At that time, he was in Delhi and I was in Mumbai. After the emails, we got talking and he came and met my parents and spoke to them. After that, we were an official couple and in 2016 we got married,” she says.