Believe it or not, this is what Americans had to say about the origin of chocolate milk. 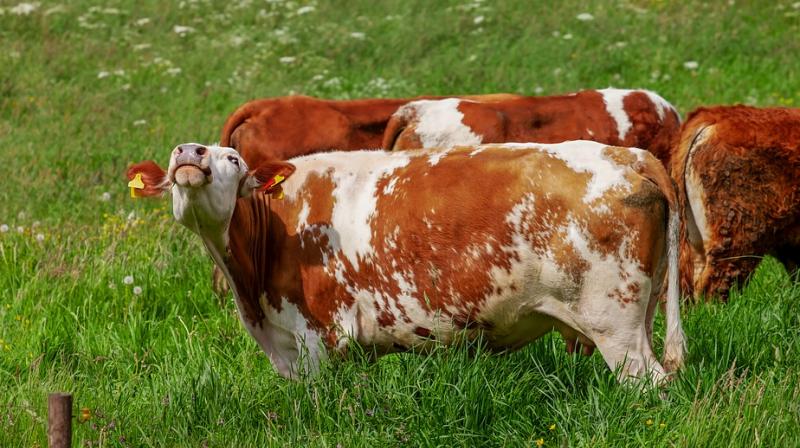 This widespread misconception arises from America’s on-going ignorance about the agriculture industry and about where food is obtained from. (Photo: Representational/Pixabay)

The National Dairy Council in US conducted a survey among adults in the country and the results were shocking. A whopping seven per cent of adults in the US think that chocolate milk comes from brown cows.

There are many people who never realise that raisins are dried grapes or baby carrots are just genetically modified versions of real carrots, reported Washington Post. But people assuming that brown cows produce chocolate milk is just plain ridiculous.

When translated to numbers, seven per cent is roughly 16.4 million people who believe that udders are capable of producing chocolate flavour. This widespread misconception arises from America’s on-going ignorance about the agriculture industry and about where food is obtained from.

"At the end of the day, it's an exposure issue," said Cecily Upton, co-founder of the agriculture and nutrition education non-profit FoodCorps. "Right now, we're conditioned to think that if you need food, you go to the store. Nothing in our educational framework teaches kids where food comes from before that point."

Studies have shown that people who belong to agricultural communities and higher education levels and higher household incomes have better knowledge of where food originates from. But ignorance about food origins isn’t very uncommon in US. Students belonging to grade five and six were asked questions about the same and the results were shocking. 3 in 10 didn’t know cheese was made from milk and more than half didn’t know that onions and lettuce were plants.

Another research showed that many participants knew where their food originated from but just didn’t give thought to the post production involved in getting it to your table.

“Knowledge is power,” said Upton of FoodCorps. “We still get kids who are surprised that pickles are made from cucumbers and that French fries come from potatoes. Without knowledge, we can’t make informed decisions,” she added.