This baby has become the youngest person in an internet meme

The baby was photographed moments after birth and posed like a boss on the hospital bed. 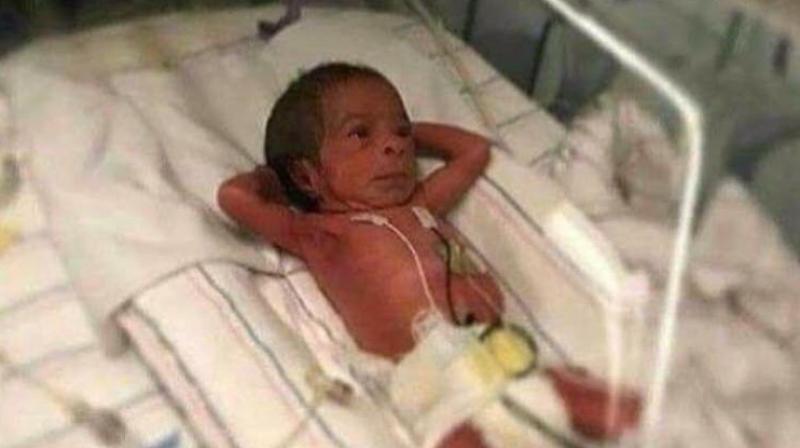 The internet is filled with creative minds with a peculiar sense of humour that often show their talent by making hilarious memes out of almost anything. From an old woman angry with the government to pop culture icons, no one has been spared when it comes to memes.

But a new born baby has now emerged as the youngest ever person to be turned into a meme after he was photographed just after his birth. The picture was an instant hit as the baby can be seen posing like a boss on the hospital babe and the captions started flowing in.

While some linked it to hilarious real life situations we all can relate to,

Me- * Slips in front my crush *
Crush- Are you okay ?
Me- pic.twitter.com/TE4FNea3XJ

When you are waiting for nudes at 12 on Fashion TV. pic.twitter.com/O3UKnBQN3b

Others got close to figuring out what might brought out the heartening expression.

When the father says "yeh engineer banega " after the baby is born pic.twitter.com/FMydRj4PTU

And someone also pointed out the infant’s expectations with his stint in the real world.

Since the child has made waves right at the start of his life’s journey, it seems like this one is going places in years to come.