The town has been mocked for the 10ft banner hanging from a 13th century archway in Chepstow, Montmouthshire 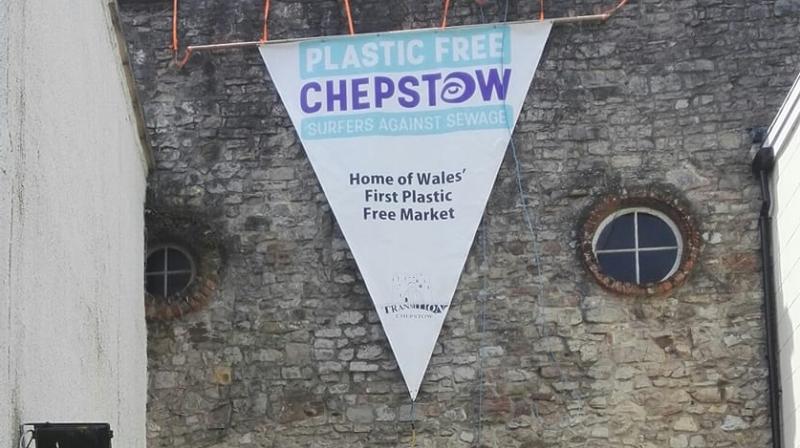 A historic town has celebrated becoming ‘plastic free’ by hanging a guant banner, made up of plastic.

The town has been mocked for the 10ft banner hanging from a 13th century archway in Chepstow, Montmouthshire, after it was granted plastic-free status by an environmental group.

It was proudly placed in the town centre with the words: 'Plastic Free Chepstow.'

However, the triangular, blue and white ‘plastic’ flag has been ridiculed by the town’s former mayor.

The ancient border town of Chepstow was granted the status by environmental group Surfers Against Sewage.

The banner was put over the stone 13th Century landmark archway in a ceremony to celebrate the status.

But Chepstow town councillor and former mayor Armand Watts wants it to be taken down just days after it was hung on the weekend.

According to Watts, the move is ‘beyond irony’ as the material is non-biodegradable, and it should be removed and replaced.'

The town's achievement came after four months of preparation and campaigning by the group Plastic Free Chepstow.

And the group was further mocked for saying on social media that plastic was 'more practical than the alternative.'

According to the group, “ plastic was much more practical than the alternatives. It will be used many times and disposed of responsibly at the end of its life.”