Similarly, doctors are quick to point out problems with people’s reliance on these online portals for, well, everything. 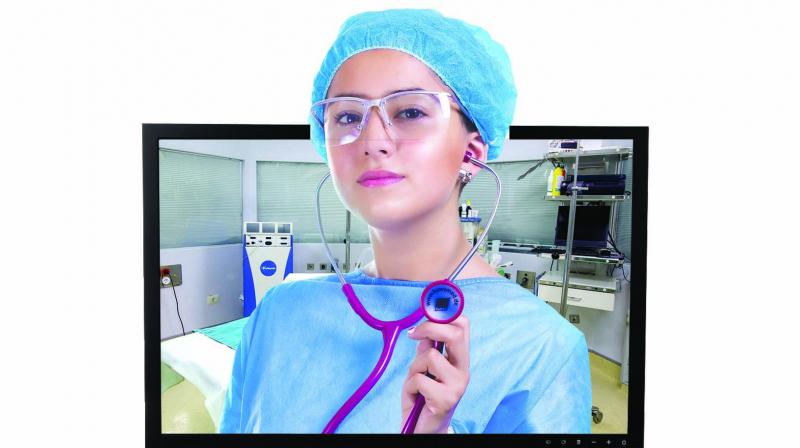 People may be preferring doctors with a Web presence lately, especially those with good ‘ratings’ and reviews online, but you may not want to always trust the picture that’s being painted on the web.

From neighbourhood-doc MD to WebMD, we have come a long way. As digitisation continues to hit all aspects of life, even doctors have gone online. There now exist certain portals that offer ‘reliable’ medical advice, while others have become aggregators for medical professionals, complete with ratings, reviews, and booking and online consultation facilities.

Exciting proposition, isn’t it? One that saves you the trouble of finding a worthy physician or gynaecologist in a new city? And, surely, the feedback of hundreds works better than some distant uncle’s recommendation. Perhaps that’s why, according to a new survey by Binary Fountain, the online rating of a doctor now matters for three out of four people.

But how reliable are these websites? Doesn’t a rating or review system misrepresent the actual credibility of a doctor? And, most importantly, how much of what you see on the web should you believe?

If you ask Bengaluru-resident Meghana Choukkar, you might want to listen to the distant uncle. New to the city in 2016, she found a seemingly decent doctor on one such site who, eventually, became her go-to medic.

“However, I fell ill last October and it turned out to be typhoid. She (the doctor) prescribed me medicines, and I was fine in a few days. A month later, I had booked a trek to Kedarkantha, but just a week before that, I developed high fever again. The typhoid was back, and the doctor gave me the same tablets she did the last time, and told me it was okay for me to travel. I was in much pain, and found this odd. So, I consulted another doctor in the city, who told me there’s no way I can go for the trek and the relapse only occurred because I wasn’t advised a typhoid shot the last time,” she recalls.

Interestingly, before heading to the second doctor, Meghana used the online consultation facility provided by the same site, but the exact same misdiagnosis was echoed.

Similarly, doctors are quick to point out problems with people’s reliance on these online portals for, well, everything. Dr. Manjeeta Das at Columbia Asia Hospital reveals, “I personally know a number of doctors who pay for positive reviews. In many cases, small nursing homes and hospitals that aren’t doing well get 4.9 out of 5, while bigger, better hospitals have poorer ratings. In today’s age, one should definitely have an online presence, but don’t rely on reviews and ratings.”

However, Das, who does not have an online presence currently, does say, “Many patients come to me and say we couldn’t find you online. So, it’s difficult to reach out. That’s when I realised I should probably have a website where I can at least put in what my specialty is.” She also agrees that she’s ‘losing out’ this wayword.

Dr. Jyoti Khatri of Motherhood Hospital, in fact, feels that doctors are being pressurised to appear online, and it’s a compulsion now. “If you have your own clinic or practice, you need the presence. If you aren’t online, no one knows you. These days, most families are nuclear, or have a transferable job, and don’t rely on others. Looking online is a better bet for them.” And, yet, she feels that even if a patient comes to you for the first time because of your online presence, you need to be good for them to keep on coming back. Trust and word-of-month still carry weight.

Finally, Dr. P. Venkat of Gurugram’s Paras Hospital feels that the rating system is absolutely problematic. He says, “I don’t understand how can you rate someone. Sometimes, the person across the table can be very busy, and then there’s person-to-person variability. That could affect the rating. This is not a service that can be rated from one to five. It’s an opinion being given by one person to another, in their professional capacity.”

The ramifications of a bad review, which might be entirely subjective and situational, can be vast, as the doctor concludes, “For a doctor this is a huge problem as they are dependent on a field that’s totally based on the mutual trust of patient and doctor. Even one or two reviews can have a bad effect.”