To grade or not to grade

What do parents, teachers and counsellors think of scrapping the grading system in schools? 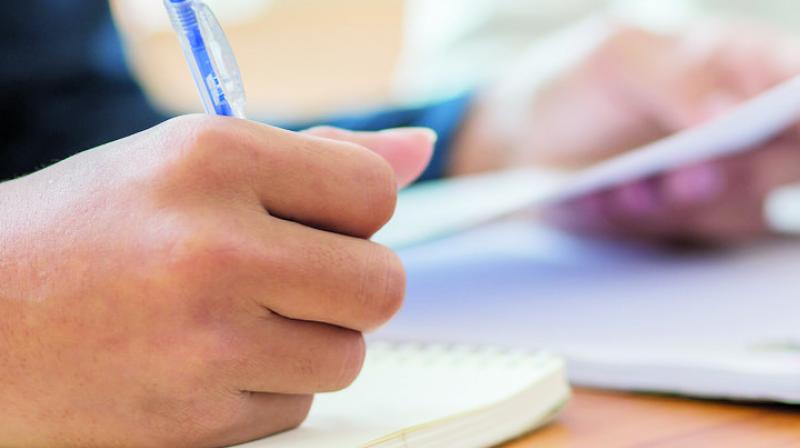 The report book will, from now on, carry sufficient information to allow students to judge their relative performance, and assess their strengths and weaknesses.

In a historic decision that is bound to influence the rest of the world, the Singapore government recently abolished the student ranking system. According to the country’s Education Minister Ong Ye Kung, the move would hopefully show students that ‘learning is not a competition’. The position of a student in examinations will not be marked in primary and secondary school report books from next year onwards. The education ministry explained that the move was aimed at letting each student focus on his/her learning progress, instead of worrying unnecessarily about comparisons with other students. The report book will, from now on, carry sufficient information to allow students to judge their relative performance, and assess their strengths and weaknesses.

Notably, the Madras High Court recently directed the Central Board of Secondary Education (CBSE) to take stringent action against those institutions which don’t follow the Board’s ‘no homework’ rule for classes 1 and 2.

Many parents in India have welcomed the move of the Singapore ministry of education, and called for implementing the same in India too. Considering the fact that ranking system and homework have always put pressure on the students as well as the parents, doesn’t it feel like a welcome move?

It’s high time we implement the decision made by the Singapore government. Instead of exams, the children should be taught values, tradition and good habits, just like what is being done in Japan so that in the later life, they are nurtured into good human beings. Moreover, today, competitive education system is prevailing rather than a quality education system. I have heard many of my friends and colleagues complaining about the school system and the exams.

The pressure both parents and children suffer during exams is evident. Also, we as parents complain that our children are not playing outside or with the nature as we used to in our good old days, one reason being mobile phones/iPads/TV.

The second reason would be the amount of homework, pressure to excel, the number of exams and even comparison with other students. I’m waiting for the change to happen in our country, like Singapore.

It’s a great move. It must be whole-heartedly welcomed. But I am surprised that parents all over the country are welcoming it, because parents form a part of the system that puts huge pressure on children. What’s the reason behind the huge unbearable pressure that is building on the children? It is caused by a fiercely commercialised competitive education system. Now, you can abolish ranks and competition, implement ‘no homework’ rule — all these work when you stop competition among schools, which means all the private schools must be closed down. Either in Singapore or in the European and American countries, all schools are public schools, they are all funded by the State. And they offer absolutely free education. And so there is no pressure, no competition among schools. And all schools allow their children to blossom, to perform, to reach their highest potential in the areas where they have natural talents. Now, for us, we are beating children down to the pulp, down to a single system of ranking and marki.

And there is no way a child can develop curiosity, inquisitiveness, and social involvement. The  Singapore system is welcome, and most needed.

In the absence of inner motivation, competition is the natural alternative that drives a student’s performance. This observation about human behaviour raises several relevant questions about the current academic paradigm. Perhaps, what is taught needs re-examination rather than re-evaluating grading methods alone. Educationists must pay special emphasis on inspiring students to develop a love for learning, teach them how to cognate, how to question and critically examine any study with the intention of understanding whatever is studied. This way the student learns to be curious rather than being blindly competitive without any residual ability to apply what is learnt. Unless such a fundamental change occurs in the way we approach education, tweaking the grading system as Singapore has announced is at best, a first ray of hope. It is definitely a step in the right direction.

Learning should be goal-oriented, which gives students an option to choose what should be learnt and at which pace. Ultimately, it is a process involving hard work and commitment. No child should be pressurised to study, but we must help them in choosing what to study and in performing to the best of their ability. Performance should be the result of learning, mastering and goal setting; stress, anxiety and depression shouldn’t be.

Students did not fear exams earlier. Focus was on the joy of learning and extracurricular activities. It helped children grow and develop at a pace comfortable to them. Stress at an early age can limit the child’s capability to grow and venture out from the text book world.

Achievers did not do great things by being locked up in a world of books. A child’s mind can grow and explore only when it is allowed to move away from this system that was made 200 years ago.

Fear of failures and peer pressure —which eventually lead to suicides, can be removed by this bold decision.

According to me, this is not a good move. Ranking system and homework play an important role in a child’s growth academically. With regular homework and exams a child is being prepared for the future and becomes aware of their shortcomings; they will only help them improve. This, at the same time, motivates them to do better in studies, rather than infusing competitiveness. Yes, if the competitive spirit is gone, the students become lackadaisical. Ranking, assessments and competition push a child further to do better.