The doodle is also the winning design for Doodle 4 Google 2018 competition. 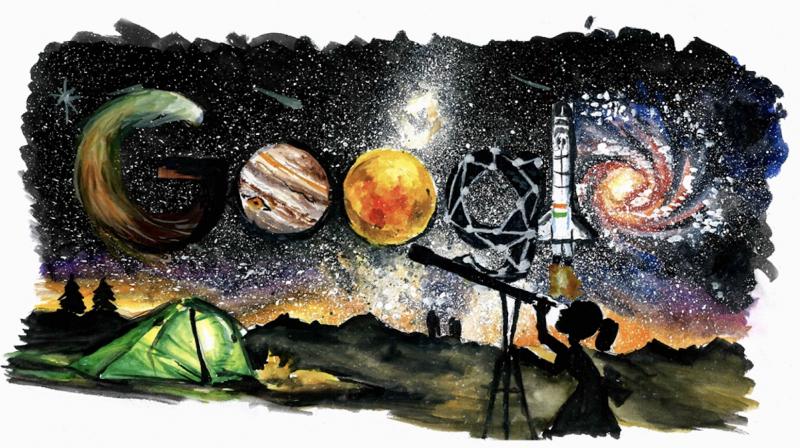 New Delhi: Google on Wednesday ringed in Children's Day celebrations by dedicating a special doodle on the occasion.

In India, Children's Day is celebrated on November 14 every year as a mark of respect to Jawaharlal Nehru, the first Prime Minister of independent India.

Nehru, who was born on this day, was fondly called Chacha Nehru (Uncle Nehru), and was known for emphasising the importance of giving love and affection to children.

After the death of Nehru on 27 May 1964, it was unanimously decided to celebrate his birthday as Bal Diwas or Children's Day in India.

On this day, a number of activities are organised for students in schools nationwide such as games, competitions, and so on, while government bodies pay tributes to the late prime minister and organise commemorative events on this day.

The doodle is also the winning design for Doodle 4 Google 2018 competition.

The winner of the 2018 Doodle 4 Google competition in India is Pingla Rahul More of J. B. Vachha High School in Mumbai. Pingla and 75000+ other contestants from around the country produced amazing works in response to this year’s theme of “What inspires me?”.

Explaining her art, she wrote, “In my Doodle, I demonstrated what inspires me. I am extremely inspired by Space Exploration as there is still so much more to know about our Universe -- from planets to stars to galaxies and beyond. It is inspiring to learn how small we are, and how small our problems are, in the grand scheme of things. To convey my idea, I drew myself trying to see the expanse of the space through a telescope, I created galaxies, planets and spacecraft to represent the vastness of things in space. (carefully arranged to represent each letter in the Google logo).”