On the couch with Neha

Neha Bedi gets candid on working with hubby Angad, body shamers and her new shows. 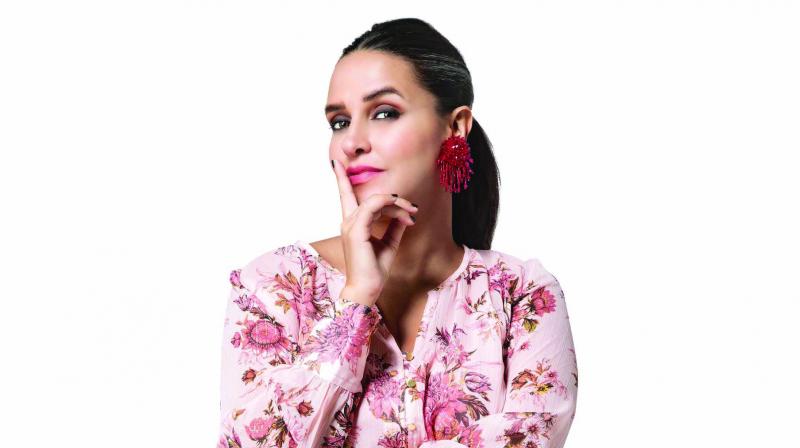 Neha Dhupia has just been blessed with a beautiful baby girl. She and her husband, Angad Bedi, have named their daughter Mehr. The actress, TV personality and talk show host, has had an exciting year which began with her sudden marriage and rapidly progressed to motherhood within a shot span. How has the journey been so far? “The journey has been absolutely amazing. It’s been different. Getting married, becoming a mom. Becoming a parent, I think, more than anything else. And continuing to work is something that keeps my plate full and I'm very, very excited about it.”

Neha’s happy personal life apart, her podcast show, No Filter Neha is almost like a second coming for the actress, with over 2.2 million listeners. But she is clearly unwilling to take all credit and says rather humbly, “I think the success of the show has got everything to do with the audience, the guests and of course, the team that we have, the research that we do on it. You can put out anything that's creative out there and if it doesn't have an audience then there’s nothing you can do about it but we’re very grateful that there are so many listeners subscribed to the show.”

Currently, Neha appears to be the queen of talk shows. She has also hosted a popular TV show,  BFFs with Vogue, which saw prominent Bollywood personalities share the couch together. But Neha confidently dismisses any comparisons between her two shows.  “It’s completely different and there are enough and more people out there who are dabbling between lots of different mediums whether it’s audio or video or television or digital. I mean this is the age where you’re doing anything less than three jobs at the same time or three different kinds of jobs of the same time; you’re not doing enough so I’d like to explore everything.”

And yes she concedes that being from the fraternity helps as stars share their intimate experiences on BFFs. “I’m not a journalist so I’m not reporting so it doesn’t become journalistic. Also while I am not responsible for getting the stars on my show,  but definitely getting them to be comfortable with me or comfortable around me is something that always helps because I’m also from the fraternity.”

The outspoken actress had recently come out strongly against body shamers. Trolling unfortunately has become a part of our lives now. How does she stay sane in these insane times? “I do that by not paying too much attention to it. I feel like I use social media to follow people I love and adore and I definitely use social media to put things out there, my work that I’m doing. And if people have opinions, they are entitled to it. If people choose to be harsh, I think they’re wasting their time and mine.”

Meanwhile, a lot has been said about her relationship with Angad, so can we hope to see them in a movie together? “I don’t know about when I’ll be doing a movie and stuff but the one thing I know is that I will bounce back to work very, very shortly so if we get an offer then we’ll definitely take it up,” says the actor who had chatted with us, just before she delivered her daughter.