The social side of being human 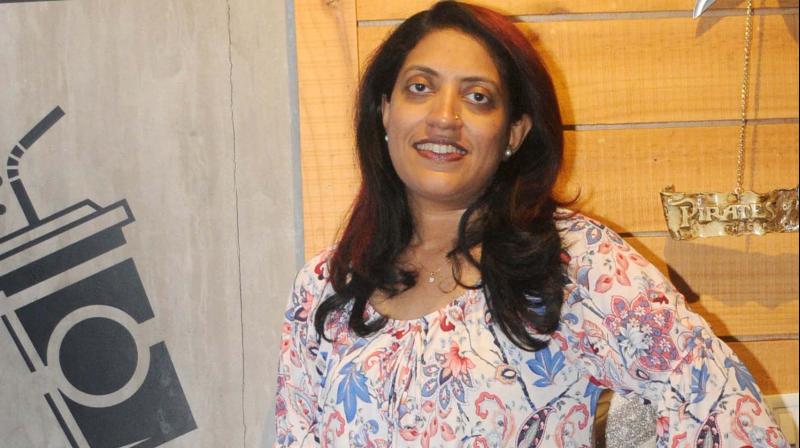 When Manju Mathew scored a high percentile in her 10th standard examination, everybody thought she’d become a doctor or an engineer. But she had different ideas. She chose to study commerce, came third in the university, and since then, she has proved that her choices were apt.

Not following a cliched path, B.Com did not come next, and she chose psychology instead, and emerged as a university topper. For her post-graduation too, she surpassed expectations pursuing a masters in social work. Then in her first year, she got married. One would assume that the story ends here, but she kept exploring new avenues. Moving to the Middle East, she became a banker! An MBA in marketing also under her belt, Manju worked in business development with several leading banks.

Winding up her 15 year stint in Dubai, Manju, returned to her hometown Kochi three years ago with her three kids. Again, her choice to be different egged her on and she started a burger chain in Kochi called Burger Junction. A multi-talented woman, her no-fear attitude has helped her don many hats and she does what she feels happy about. Today, working for a better environment, delivering motivational speeches, promoting organic farming, and empowering women keep her inspired.

Her pilot brother Joe is a huge support in her new vocation in the burger business, while she is in the thick of administration.

A year ago, Manju initiated an NGO, Tree for Life, that teaches school children to treat a tree as a pet, thereby encouraging them to plant more, and connect with nature. Women from different fields, 35 in number, conduct awareness classes after school. “We visit schools, and hold small sessions for children. We can’t prevent cutting down trees as when the country progresses, new buildings and roads will be there. We are not against development. (But) When one tree is cut, we can plant another. Keep planting so that the coming generations benefit,” Manju says. This is also her way of connecting with tech-obsessed kids of today, bringing them back to earth, spreading positivity. “It’s an interesting concept for children. Nobody told them how to do it this way. As the plant grows, the child’s connect to nature also grows. There’s a lot of violence, suicides, crimes, drug abuse happening today because our connect with nature and individuals is lost,” she reasons.

This was also when she noticed, the need to grow vegetables for a healthy living. Like any city dweller, space constraints were a problem. Rather than brooding over the problems, she focused on solutions — A wire mesh fence for a creeper’s trail, she became a small scale farmer.

Confidence building is another area that interests Manju. She helps motivate children. Often, she sends motivational audios to her friends on WhatsApp.  Altruistic social workers, who work for the welfare of the disabled, are also beneficiaries of her service to society.

She is a part of another NGO, Raising Our Voices (ROV), where she advocates gender equality and bats for pay parity, against domestic violence, harassment, injustice and inequality. “Compared to many other states, women in Kerala are highly educated. Do they get a better stand than men? Probably not. In a majority of households, women still, even if they earn, have to do everything. They are paid less in workplaces too. There are women who suffer domestic abuse in silence for the sake of their families,” says Manju.

Everything other than her business, is a non-profit affair, and Manju expects only happiness in return. How she packs so much in one day, “If you plan your time, 24 hours is enough for everything,” she signs off.