Stargazing in a railway station

A heritage walk offers a glimpse into the 130-year-old railway station's illustrious history. 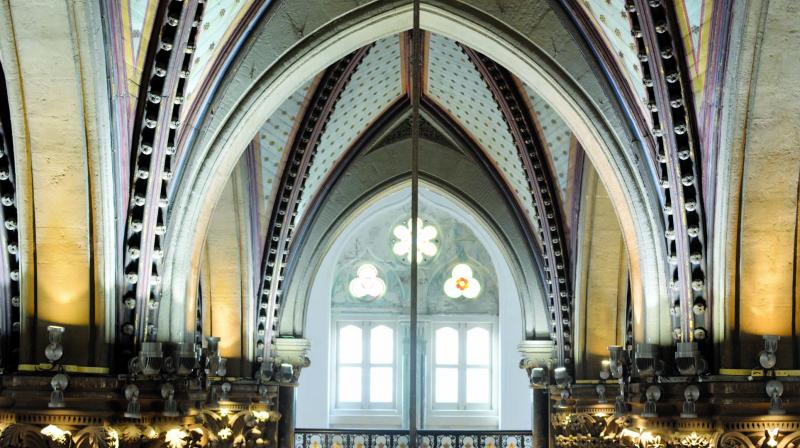 The newly-opened Star Chamber walk-around tour gives visitors a chance to see the starry,valuted ceiling from up close.

Everyday, hordes of people weave their way in and out of the iconic Chhatrapati Shivaji Maharaj Terminus, a designated UNESCO World Heritage site though very few have the time to marvel at the inner grandeur of the station. However, even a quick glance at the expansive, vaulted ceiling above the main ticket booking hall (also called the Star Chamber Hall) will draw a reverent gasp, because the eyes are treated to a celestial vista where the vaulted, azure ceiling is offset by hundreds of twinkling, golden stars. And if this beauty evokes the desire to marvel at the starry ceiling at closer quarters, the recently opened Star Chamber walk-around tour, which is part of the CSMT Heritage Museum tour, offers you just this opportunity. 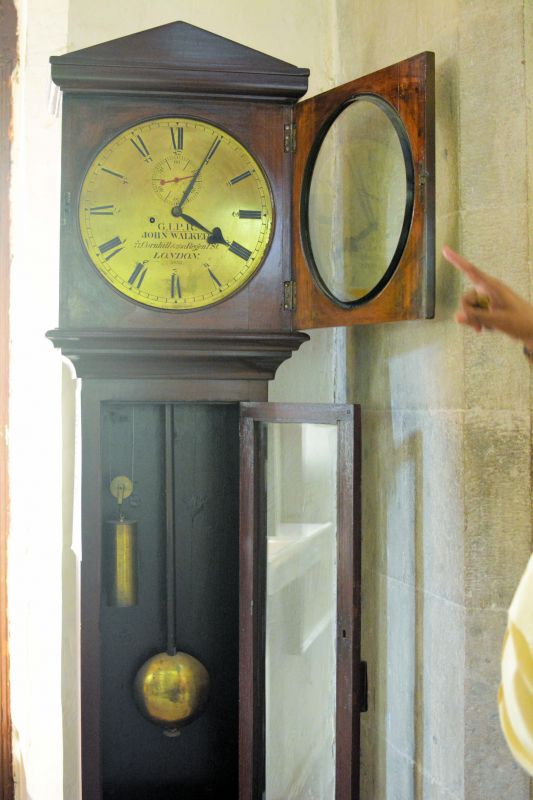 A 100 plus year old clock is lined with Roman and Devnagiri numerals.

The Star Chamber Heritage Gallery tour, which takes you along the C-shaped gallery on the first floor, gives you a strategic view of the cavernous ceiling. From this vantage point, one enjoys an unhindered view of the painted ceiling, the intricate carvings gracing the pillars that support it, the stained-glass windows and the hustle and bustle of commuter activity unfolding underneath. It’s also a great place to drink in the beauty of the sturdy, Italian marble columns and the maze of stone arches that line the Chamber. One also gets a close-up view of the enormous, over 100-year-old clock that is famously key-wound once a week. The gallery floor, which was cleared of railway offices and a telephone exchange, is also lined with 130-year-old hand-drawn, hand-painted blueprints made by the chief architect of the building, F. W. Stevens and these little slices of history give one a sneak-peek into the mind of this designer, his keen eye for detail and love for precision. 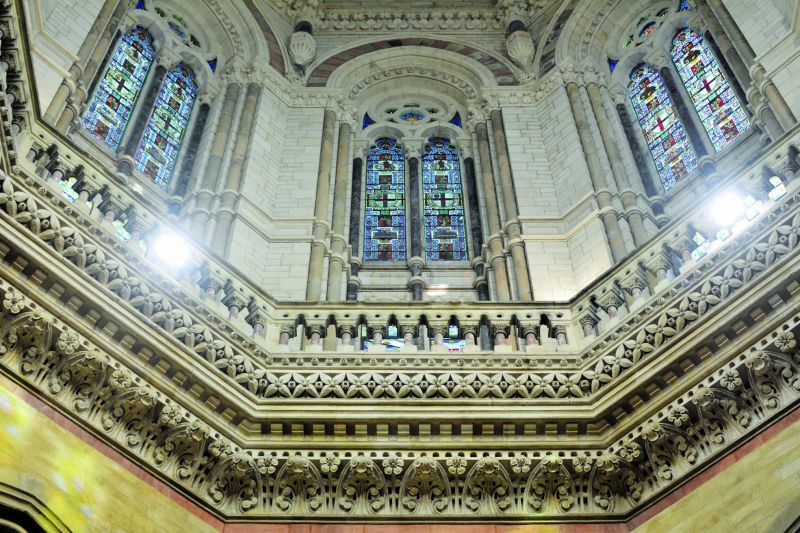 Talking about these items, the Central Railway's Senior Public Relations Officer, Anil Kumar Jain,  says, “This is a UNESCO World Heritage site and we are continuously working towards conserving any historically significant item found. We preserve it by making it a part of the museum. We welcome people to visit this site on working days.”

Apart from the gorgeous Sky Chamber ceiling, the CSMT Heritage Museum tour also reveals to the curious visitor, the historical trivia about this celebrated station, which is touted to be India’s second most photographed building (the Taj Mahal is the first). And so the tour takes us on a trip down memory lane, starting from the days The Great Indian Peninsular Railway Company established its first terminus at Bori Bunder (now CSMT), through its expansion and growth over the decades, right up to its current-day relevance. One gets to see yesteryear locomotives, communication, signaling and measuring devices, advertisements, tickets, photographs of stations in erstwhile splendour and lots more. Also on display is the confluence of Indian and European architectural elements, ideas and craftsmanship, which makes the building a stunning example of cultural acceptance and harmony. 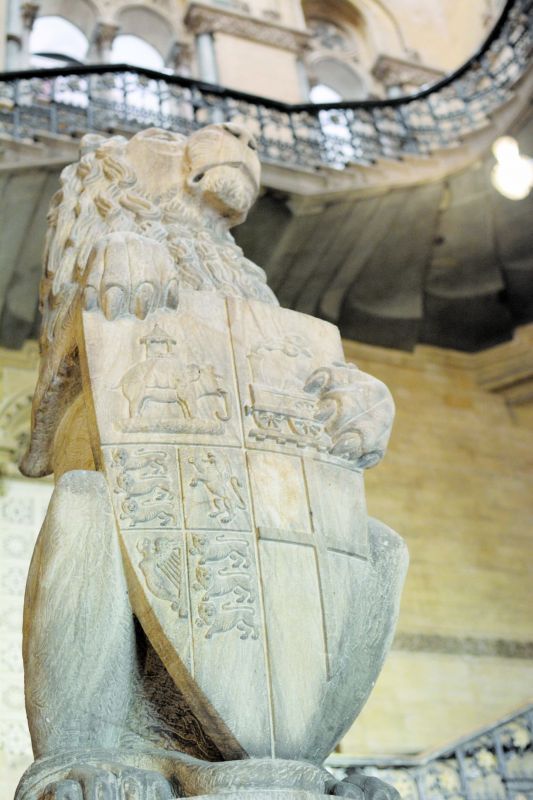 However, if you’re unable to visit the museum in person, you could always take a virtual tour through the building through the Google Arts and Culture app, which has several exhibits dedicated to CSMT. And if you do visit the museum, don’t forget to ask your tour guide to let you try on Google’s recently donated virtual reality (VR) goggles, which when used to look at the exhibits on the app, throws up some immersive VR visuals, making you feel like your traversing the expanse of the entire structure though you’re standing still in one place.