Letters from the front

An exhibition sheds light at what the Indian soldiers were going through during the First World War. 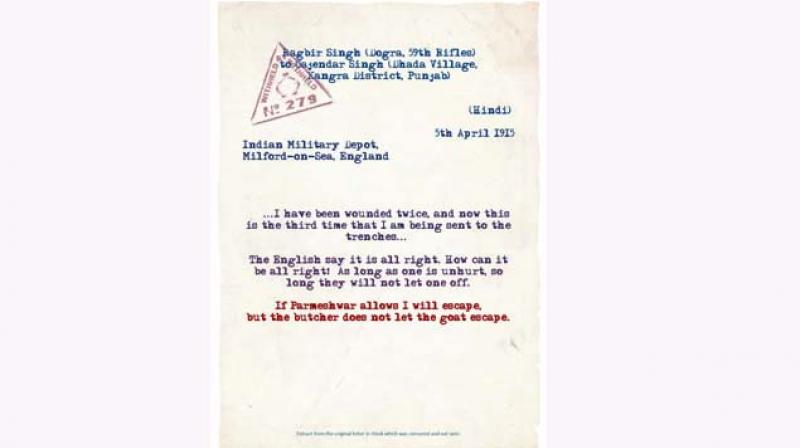 These letters, written in the trenches of the war, give an insight into what the soldiers were going through.

There’s a mandatory chapter in all History textbooks explaining one of the biggest war fought on this planet — World War I. But, in the war between Allied Powers and Central Powers, stories of soldiers and what they went through gets lost. To revive the century-old story and bring forth what the Indian soldiers went through, Angeli Sowani has curated an exhibition - Medals & Bullets, showcasing the recruitment posters and translated letters from that period.

Talking about the thought process behind organising this exhibition, Angeli says, “I’m based out of England and last year was the 100th anniversary of WW1 so there was a lot of celebration in England and there was a lot of talk about all the soldiers. So, I thought why don’t I do something on the Indian soldiers who came all the way to the West and fought a war that was a white war. And, it was the first time that an Indian soldier in the Army was shooting a white person.” 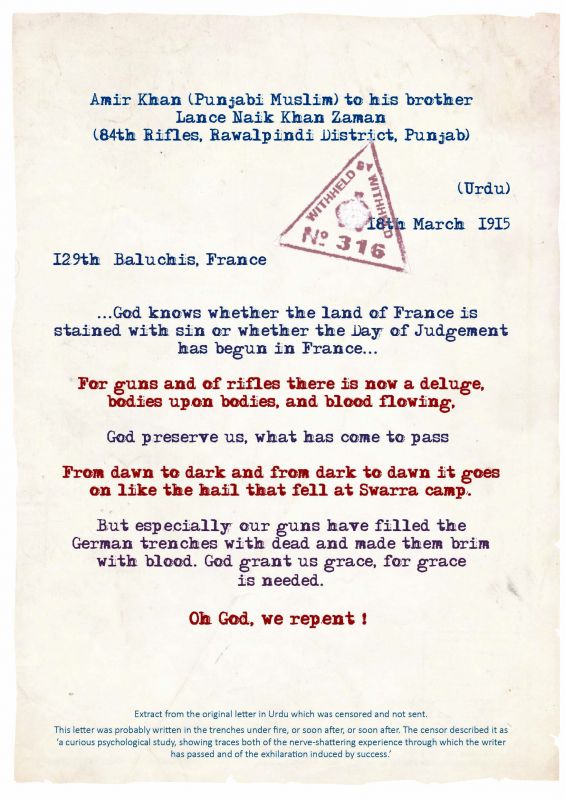 With this thought, Angeli began curating the posters and translation of letters from David Omissi’s book. Translated from languages like Hindi, Gurmukhi and Urdu, these letters would go through postal censorship before being mailed to India.

Shedding some light on the process, Angeli says, “These letters were censored to see whether the soldiers were giving any information which was against the war, which could hurt the morale of the war or give any other information that they didn’t want out. So, the letters would be censored and they would either be passed or be withheld.” 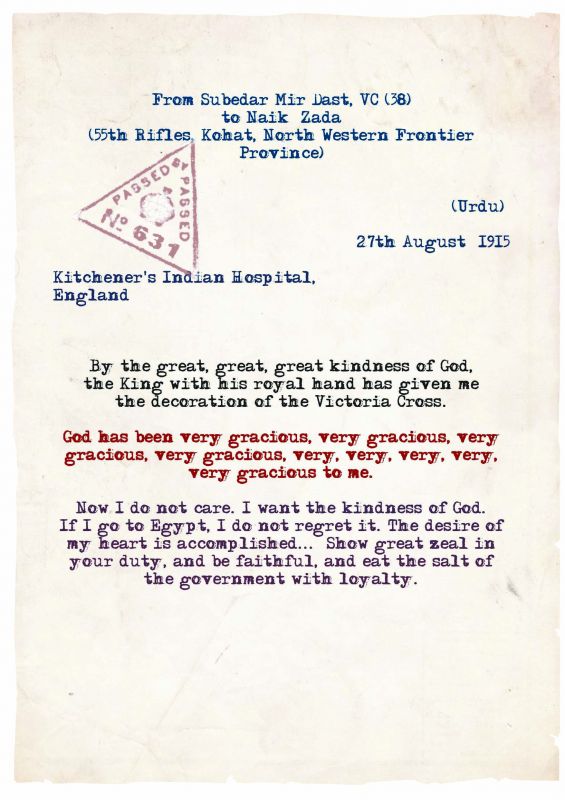 These letters, written in the trenches of the war, give an insight into what the soldiers were going through. Talking about the messages in these letters, Angeli says, “In these letters, you hear stories that are very personal. You would see a letter which is talking about how organised everything is and how wonderful it is... at this time, they haven’t reached the war yet. In the beginning, they are very upbeat, the letters are very upbeat, they are very happy.” But, the letters take a dark turn soon. “In the next set of letters that you see, they become quite down because it’s the first time they are going for trench warfare. It’s also the war that happened after the industrial revolution. So, it’s not just on horses, there were guns, planes and bombs. They were taken by surprise. They would write ‘don’t come, stay away’, ‘bombs fall as rain falls during the monsoon’... they compare a lot from India. Some of the letters say this is worse than any war that has ever been mentioned, even worse than the Mahabharata. You see a person is going through a lot of trauma,” she adds.

Apart from the posters and letters, Angeli has some artwork inspired by the lives of the soldiers on display as well. Taking reference from old photographs, Angeli has painted the soldiers on the backdrop of the Victorian Cross with the flag of the country that they were representing.

The exhibition is held from March 19 to 24 at Jehangir Art Gallery, Fort