Drug abuse, although a problem, can be combated if right advice is given. 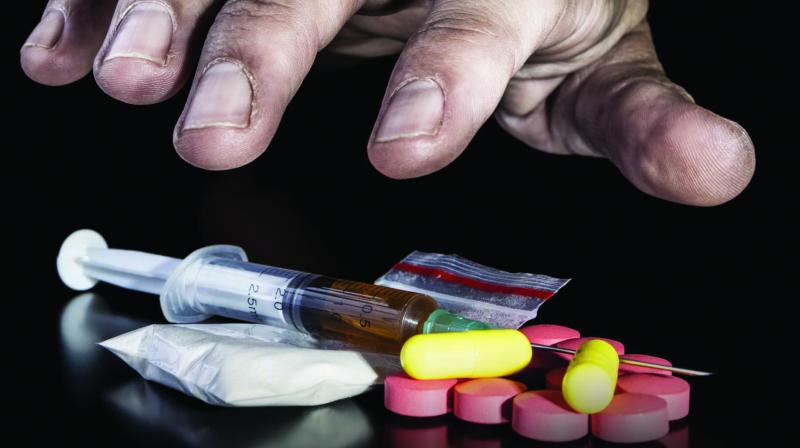 The pace at which miscreants are consuming narcotic substances and luring the youth and small children is alarming.

It was in the late part of June 2009 when the news broke out that the King of Pop, Michael Jackson ceased to be no more. According to the various reports that came out at that time, it was said that Michael Jackson had died due to drug overdose and the drugs that are prescribed to him by his primary physician, Conrad Murray. Films like Udta Punjab also hit the screens in India but not with ease as it had to be at the CBFC standards. The film although contains abusive language but The plot revolves around the drug problems faced by Punjab.

Drug abuse in recent times has been a plague in society. But it is not the real challenge. The real challenge is one where people refuse to admit to the fact that they had a problem and once they do admit, it is to late. To make matters worse, societal pressure and judgment make the environment for the drug addict a very hostile one and end up reminding the person, “once an addict always an addict.”

A recent survey conducted by the AIIMS, indicated a higher prevalence of several drugs in Delhi. What was shocking was that certain drugs like inhalants are prevalent among larger numbers of children than adults in Delhi, UP, and Haryana. Even 9 year olds seem to be affected by drug abuse. About 2.8 per cent of Indians (3.1 crore individuals) report having used any cannabis product within past 12 months (Bhang – 2 per cent or 2.2 crore people; Ganja/Charas – 1.2 per cent or 1.3 crore people).

The reason is the unscrupulous peddler activity lurking around makes narcotic substances easily available to people. The second most important contributing factor, he says, is the immense amount of peer pressure among not just school and college goers but also street children.

Naresh Arora, Political strategist and director of DesignBoxed who has worked on many drug prevention campaigns like Drug Abuse Prevention Officers (DAPO) program, Buddy Program #TuMeraBuddy program feels,“It is quite sad that youngsters resort to drug abuse when they are unable to deal with failures in life or tiffs with their loved ones. People are curious to experience the after-effects of drugs but little do they realise that once they put their foot into the territory, it won’t be long before they find themselves knee-deep in it and to a point of no return.”

He goes on to explain, “As part of our efforts in Punjab, we have been successfully assisting the Special Task Force (STF) run various education and awareness programmes through digital and social media for the youth to combat the drug issue. We are happy at the numbers that have been churning out to help the authorities and it only motivates us further to figure novel ways of engaging more and more people.”

The pace at which miscreants are consuming narcotic substances and luring the youth and small children is alarming. Some years ago, a survey by the UN had projected growth by 25 per cent by 2050 in the global number of illicit drug users, with an unprecedented growth likely to be seen in the developing nations. In the course of handling the digital media of the STF in Punjab and staying abreast with their activities, he says, “I have come to know that a lot of clandestine drug activity happens than one can ever imagine even in the least of shady places. Unless there are concrete measures taken, the issue is all set to spread like wildfire.”

Parents have a different take on the issue. One of the parents, Kulvinder Chaddha, when asked about the situation, promptly explained, “The reason I feel kids take drugs is because of the peer pressure and the traumatic experience that one goes through.” He then adds, “Professional help cannot be avoided  but once your child admits that they took drugs due to some reason, it is important to handle it in a very delicate manner.”

School students too agree on this. Peer pressure, the feel, is the primary cause. To show off how cool one is, often drives one to this game.

The social-media and tech-savvy generation of today is not ignorant of the perils lurking around in the society today, and drug abuse is a major one. The government, Naresh feels, should educate the public and motivate them to form proactive self-help groups. When the youth realises that failures in life or the desire to try new things upon attaining a certain level of independence certainly does not mean they must experiment with drugs, it paves the way for a healthy nation with mature and responsible citizens. People must connect with relevant authorities to bring instances of drug peddling and consumption to light and the government must provide the benefit of anonymity to them so that they don’t have to worry about the risk of disclosure.

He thinks that drug abuse prevention campaigns need to be less one-sided and more participative in nature so that citizens consider it their moral responsibility to curb this menace adding, “There cannot always be the authority talking and the public listening if you want to retain a certain level of interest. With the introduction of fresh programmes every now and then, the minds of the people need to be continuously stimulated so that the impact is better and the momentum is not lost.” He concludes the conversation saying, “I am really looking forward to seeing campaigns that strike a chord with the common man and inspire them to take part in eradicating this social evil.”