This Bidar girl will be taking part in the first Jerusalem 10K Marathon. 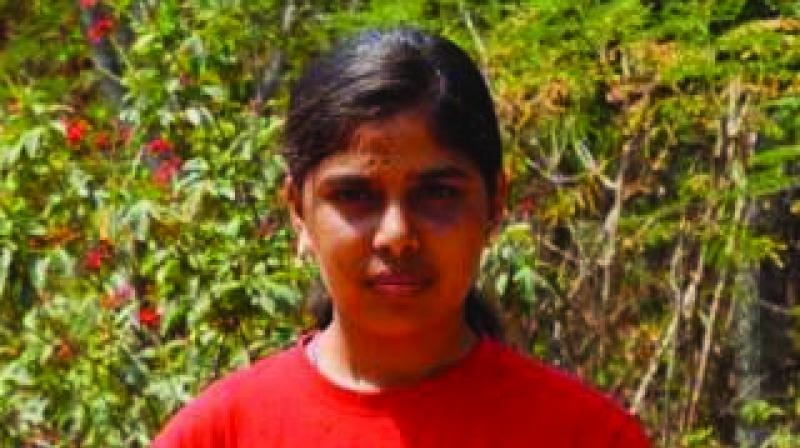 The girl from Bidar, who contracted the virus through perinatal transmission from mother, does not believe in letting the stigma influence her life.

Looking past shortcomings and stigma, to achieve something needs a lot of determination and support. And Ashwini has an ample amount of each of these qualities. Tested positive for HIV, Ashwini is all set to be a part of the first 10K run that is to be held in Jerusalem today. We got in touch with this youngster and her belief and passion are a guiding light for others to be inspired by.

Ashwini will probably be the first HIV positive girl in the world to be a part such an event. “I had always been interested in running, ever since I was six or seven years old. Later, I started my training and worked on my stamina and regimen. I have been part of many 5K and 10K runs so far.” Ashwini is currently training to run only in 10K marathons.

The girl from Bidar who contracted the virus through perinatal transmission from her pregnant mother does not believe in letting the stigma influence her life.

She lives with her brother, aunt and uncle, and continues to focus on the things important to her. Elvis Joseph who is the director of the Bangalore School Sports Foundation started the Champion in Me initiative which works exclusively with children who are living with HIV, and he was instrumental in giving Ashwini the right training. “Ashwini has been a part of this initiative ever since it was started in 2018. Ashwini was born with HIV but this never affected the way she was trained. She went through the same kind of routine any athlete would undergo.

Being a part of such a huge and international platform will give other women and children like her hope to move forward and achieve things,” says Elvis Joseph.

On the kind of training that she underwent for the run Ashwini's eyes light up, excitedly she shares, “I start my day running at 5.30 am, followed by different core exercises that help increase my stamina.

I do a bunch of stretching exercises as well.” The 10K that she is going to be a part of is set to take place in Jerusalem on March 15, and will have over 30,000 participants from all over the world.

So is the fact that she has been tested positive for HIV posing hurdles during her training and running? Ashwini is quick to disagree, “Definitely not. The fact the I have HIV is just secondary, and poses no problem at all with running, training and exercises. It does not affect my performance at all.”

By being a part of such of huge run on an international platform, Ashwini wants to motivate people to look past their shortcomings and disabilities, to follow their dreams.

“When I am not training for the marathon, I love reading and playing with friends,” she concludes.

The girl  who stays at a support and care centre in Krishnagiri called Snehagram where she is learning vocational skills, quickly adds that her interests lie mostly in sports.