Harshaavardhan talks about the work being done by his organisation, which straddles innovation and inclusion. 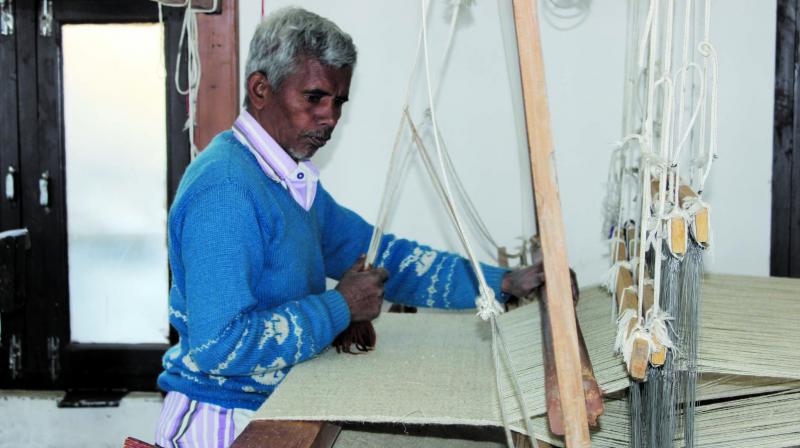 A mushrooming crop of Indian entrepreneurs are looking at ways to explore industrial hemp for manufacturing purposes while also investing heavily in R&D to boost the market in India.

The Indian Hemp Drugs Commission Report of 1894 contains a chapter in which administrator and linguist, Mr. George Abraham Grierson, painstakingly notes the earliest mentions of the hemp plant in Sanskrit and Hindi literature. Prolific mentions capture the rogue plant’s association with intoxication, but ironically, also highlight its medicinal properties. The latter is ironic because the purpose of the report was to gauge whether hemp was harmful enough to be banned in the country.

Since then, the cannabis plant has been viewed with suspicion and was eventually brought under the purview of the Narcotic Drugs and Psychotropic Substances Act, 1985. However, despite the plant’s illegal status, and the stigma surrounding it, a mushrooming crop of Indian entrepreneurs are exploring ways to utilise this plant because of its many benefits, while some are even pushing for its legalisation. 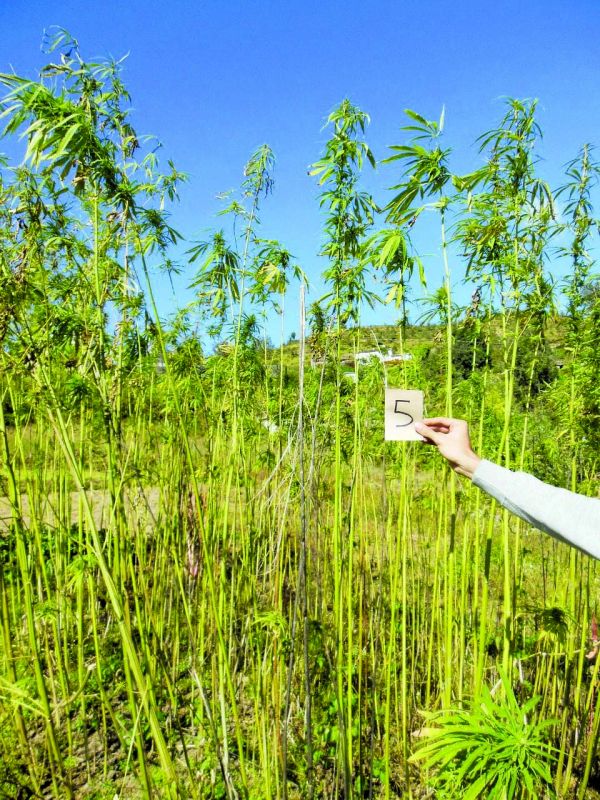 But granting legal status to the entire plant is a tricky decision and one that is sure to face staunch oppositions by most governments and society at large. In the interim, entrepreneurs have turned their attention towards the plant’s less-controversial cousin, industrial hemp - a variation of the cannabis sativa plant that has very a low concentration of tetrahydrocannabinol (THC), the psychoactive component that gives one a ‘high’. “Though industrial hemp is often confused with marijuana because they both belong to the cannabis family, the point of clear distinction is that industrial hemp contains 0.3% THC and is a non-narcotic plant. It is universally used to produce industrial and consumer products,” informs Rohitt Sharrma, President, Indian Industrial Hemp Association (IIHA), an association involved in advocating industrial hemp cultivation, and the first to procure licenses to cultivate hemp, post hemp legalisation in Uttarakhand.

The Highs of Hemp
We’re not talking about the ephemeral high Elon Musk seemed to be enjoying during a podcast last year, but the tangible, endurable benefits that can be derived from industrial hemp. Yash Kotak, Co-Founder and Director, Business Development and Media, of Bombay Hemp Company Pvt. Ltd., (BOHECO), a Mumbai-based start-up renowned for producing hemp-based products and researching the crop, underscores the sustainable nature of hemp when he says, “If compared with cotton, hemp requires 400 times less water to grow but grows eight times faster than cotton. It requires no pesticides or herbicides, has a higher per acre output and more crop cycles per year. Also, the fibre of the hemp plant is the strongest natural fibre known to man.” Rohitt underlines how the crop could act as a solution to the current agrarian crises when he says, “Since the crop doesn’t require much water, it can grow even in barren lands and hilly areas. Hemp requires very little care, grows faster than most cash crops and can be used to produce almost 30,000 products.” 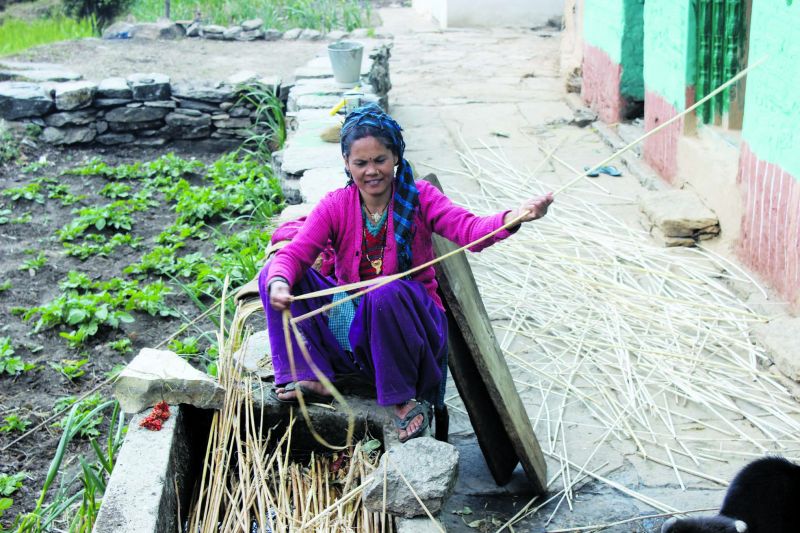 A local works with the hemp crop

Harshaavardhan Redi Sirupa, Founder and CEO of Namrata Hemp Company (NHCO), a Bengaluru based start-up working towards the promotion and cultivation of industrial hemp in Southern states talks about using hemp seeds to boost nutrition among Below Poverty Line (BPL) individuals. "Hemp seeds are rich in protein, amino and omega acids and are a good source of iron and can be used to reduce malnutrition,” he reveals, and adds, “hemp can also be used to make sustainable products for the construction and automobile industries, like Hempcrete, hemp biofuel and even hemp bioplastics.”

Shot in the arm
Though last year, Uttarakhand became the first state to allow the commercial cultivation of industrial hemp, cannabis is known to grow wild in almost all the Himalayan belt states. However, problems arise because the feral varieties growing in these states are not standardised and have high levels of THC. Alternatively, there are no indigenous, low THC-producing hemp seeds available to encourage cultivation on a commercial scale. As a result, there isn’t enough raw material available for industries to mass-produced goods, and thereby, make prices competitive. Yash, who discloses that BOHECO uses wild hemp sourced from Indian states for Research and Development (R & D) purposes and for making handloom fabrics, laments the fact that the company has to import hemp too to make a lot of its other products. “Sourcing is a very big concern and is a reason why the industry giants are not stepping into the hemp industry. Hence, we have launched R & D projects in partnership with government bodies, where we are developing a natural scientific selection and breeding process which will help standardise the hemp plant and reduce THC levels,” Yash informs us.

Harshaavardhan talks about the work being done by his organisation, which straddles innovation and inclusion. NHCO is currently in the process of developing seeds that are low in THC while also creating an ecosystem model that will help farmers derive maximum monetary benefits from hemp cultivation.

“There are no low THC strains in India. Some countries have genetically modified the cannabis plant to produce low THC, but these GM strains interfere with nature and affect the plant's immune system. India has a lot of original strains, which are 99% disease and pest-free. So we have chosen only Indian strains and are working on them to reduce THC naturally, without changing the DNA of the plant. We are trying to develop strains suitable for each state. So, for instance, we take stains from Tamil Nadu and develop it in the region itself,” shares the entrepreneur. He also mentions how the easy availability of indigenous seeds will prevent farmers from being exploited by seed companies, while remunerative profit sharing model help alleviate economic hardships.

Those who are not dabbling in research and development are working hard on the lobbying front, pushing state governments to do away with restrictions. Thommen Jose, who founded Hemp India way back in 2008 to talk about the benefits of hemp says, “I have been talking to people at the governmental and ministerial level for the past couple of years and am in touch with a very proactive person from Kerala, who will be passing a bill for a possible legislation soon. I am also working with the Ministry of AYUSH in Delhi. But, any kind of result will be forthcoming only after the elections.”

The road ahead
Apart from crop shortage, entrepreneurs in the hemp industry are aware of the other barriers they face, especially on the socio-cultural front. Yash highlights how hemp is still looked at with suspicion, because of its association with marijuana and this makes governments wary of the crop. But, he feels that a fresh perspective is the need of the hour. “The aspect of misuse of the crop is a probability. But if you look at the crop like a problem, you will treat it like a problem. If you look at it like a solution, i.e. as an avenue for creating jobs, and setting up small, micro industries within these villages, then people too will start growing this crop not for its narcotic use, but its industrial use,” avers Yash.

Rohitt, on the other hand, highlights how political clashes fuel misconceptions surrounding the crop. “If the ruling party encourages industrial hemp, very often the move is met with resistance by opposition parties and this fuels the conception that the crop is malevolent. So government bodies at large need to understand and educate people about the uses and properties of Industrial Hemp.”

Harshaavardhan argues that not just hemp, but the cannabis plant itself should be made legal. “One of the Sanskrit names for cannabis is ‘Vijaya’, because of its ability to conquer diseases. Cannabis has no known side effects, yet we aren’t exploring the goodness of this plant while other nations are. We lost the manufacturing sector to China, because our leaders didn’t take the right step back in the 1960s. The cannabis industry in India is like the manufacturing industry in the 1960s. This is the time to capture the industry, or else, we’ll be pushed back and have to depend on other countries,” he argues.

While Thommen is all for legalising hemp across the country, he feels that the time is not right for legalising marijuana and says, “Many states abroad have legalised hemp. So we can’t turn a blind eye to the benefits of hemp for long, however, we are not mature at the moment to legalise recreational marijuana, as it might be misused."