Here’s how the rainforests of Amazon in Brazil have suffered under the leadership of their current president, Jair Bolsonaro. 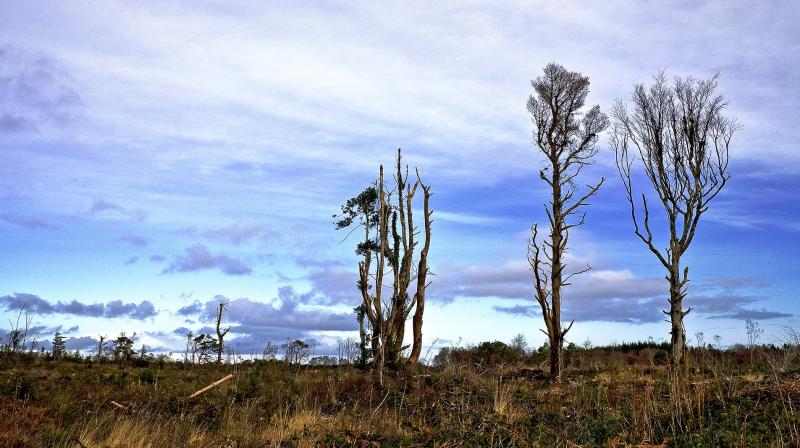 The Bolsonaro administration has consistently decalred climate change to be a "secondary" issue, reaffirming its lack of interest in participating in international efforts to fight global warming. (Photo: Representational/Pixabay)

Rio de Janeiro: The administration of Brazilian President Jair Bolsonaro has cancelled a United Nations climate change workshop to be held in the city of Salvador in August, reaffirming its lack of interest in participating in international efforts to fight global warming. This is not the first time the far-right Bolsonaro has made clear he intends to make major changes to Brazil's environmental policy, including opening the globally vital Amazon rainforest to development and agribusiness. His environment minister has called climate change a "secondary issue." Here's a look at some of the key measures taken by Bolsonaro's administration, which took office on Jan 1, 2019.

During the campaign, then-presidential candidate Bolsonaro vowed that if elected, "not a centimeter" more of land would be demarcated for indigenous reserves. Within hours of taking office, he issued a series of decrees that critics said would benefit his allies in Brazil's powerful pro-development "rural caucus."

On Jan 2, Bolsonaro transferred responsibility for delineating indigenous territories from the Justice Ministry to the Agriculture Ministry, which one lawmaker described as "letting the fox take over the chicken coop." The decree also transferred the agency for indigenous affairs, known as FUNAI, from the Justice Ministry to a newly created Ministry for Family, Women and Human Rights that is headed by an ultraconservative evangelical pastor. FUNAI oversees health care, housing and language preservation for indigenous groups.

Bolsonaro's ministerial appointments are in line with his campaign promise to help businesses expand operations in Brazil, including into its protected areas. His agriculture minister is Tereza Cristina, who was part of the powerful agribusiness caucus in Congress' lower house and has opposed requests from indigenous communities. The environment minister is Ricardo Salles, a lawyer and former environment secretary for São Paulo state.

Much like the president, Salles believes talks around climate change are too ideologically charged. He wrote in 2018 in the online publication Medium that agribusiness in Brazil was "under threat." Climate change-sceptic Ernesto Araujo was named foreign minister. On his blog, Araujo described climate change as a "dogma" used by the left to foster China's growth, and said he wanted to "help Brazil and the world liberate itself from the globalist ideology."

In November 2018, after the new administration was elected but before it was sworn in, Brazil's foreign ministry decided to withdraw its offer to host the 2019 United Nations conference on climate change. The ministry cited "current fiscal and budget constraints," but activists and environmental groups considered it a nod to then President-elect Bolsonaro, who had already mentioned the possibility of withdrawing Brazil from the Paris Agreement on climate change.

During the campaign, Bolsonaro said he would follow the footsteps of US President Donald Trump and leave the Paris climate accord. But just before the election, he backpedaled and said he would remain as long as Brazil's sovereignty in the Amazon was not threatened or challenged. The South American nation holds about 60 per cent of the Amazon rainforest, the preservation of which is seen by scientists as crucial in the campaign to slow climate change.

Efforts by Brazilian authorities to reduce deforestation rates received world recognition a few years ago. But recently, groups monitoring illicit harvesting have reported a double-digit increase in deforestation in the Amazon region. Brazil's commitment to other aspects of the Paris accord is unclear but environmental groups say either way, Bolsonaro's plans to open the Amazon to greater development would make it impossible for Brazil to meet its reduced emissions targets in the coming years.

Bolsonaro's government is planning to auction several offshore fields in the country's northeast, which had been earmarked as "highly sensitive areas" by Brazil's environment institute, IBAMA. An IBAMA study said oil spills in these blocks could lead to the destruction of the Abrolhos islands, an area of 913 square kilometres (353 square miles) that is home to a marine national park. Critics say the government's decision to ignore the recommendation and include the fields in the auction shows the new administration is determined to bring investors to Brazil despite environmental costs.