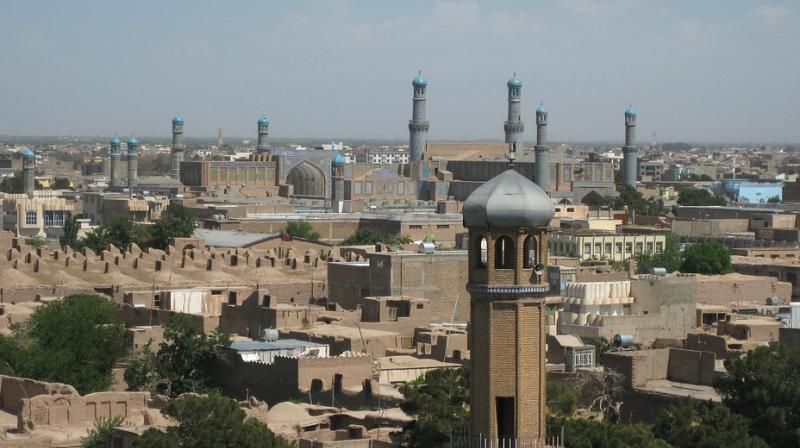 The old citadel known as Ghaznain Fort originally had 36 towers, but 14 of the towers had collapsed in recent years due to decades of war, heavy rain and neglect. (Photo: Pixabay)

Ghazni: An ancient tower dating back 2,000 years in the historic Afghan city of Ghazni collapsed this week, local officials said, raising concerns about the vulnerability of the country’s cultural heritage and the government’s ability to protect them.

The old citadel known as Ghaznain Fort originally had 36 towers, but 14 of the towers had collapsed in recent years due to decades of war, heavy rain and neglect.

The fort is one of dozens of unique historic sites in Afghanistan - ranging from the pre-Islamic Buddhist centre in the Bamyan valley to the 12th century minaret of Jam in a remote area of Ghor province - in urgent need of protection.

Officials in Ghazni, which nearly fell to the Taliban last year in some of the heaviest fighting seen in the war, said the tower collapsed on Tuesday following heavy rain. A short video posted on social media shows it crumbling but local residents say negligence also contributed to its collapse.

“The government paid no attention to the sites and didn’t build canals to divert flood water,” said Ghulam Sakhi, who lives near the citadel. “We have warned the government about the dire condition of the citadel but no one visited,” Sakhi said.

Mahbubullah Rahmani, acting director of culture and information in Ghazni, said heavy rain and recent fighting had contributed to the tower’s collapse but said the government was working on a plan to protect the site from complete destruction. He said a German archaeologist had worked at the site as recently as 2013.

Ghazni, a strategically vital centre on the main highway between Kabul and southern Afghanistan and two hour drive from the capital, is home to a range of cultural and archeological artefacts, some of which date back to pre-Islamic period.

The province and its cultural heritage was officially declared as Asian Capital of Islamic Culture in 2013 by the Islamic Educational, Scientific and Cultural Organization, a Morocco-based body created in 1981, supported by UNESCO.

The collapse of the tower in Ghazni follows concern over the condition of the 900-year-old Minaret of Jam, in Ghor, which has been on the UNESCO List of World Heritage Properties in Danger since 2002.

The Taliban during their austere regime from 1996-2001, before they were toppled by the U.S. and coalition force in late 2001, blew up two giant Buddha statues in central Bamiyan province, calling them idols.