A celebration of diversity and inclusivity

Entering into its 90th year, the American Club for International Women has about 150-200 members from across the world. 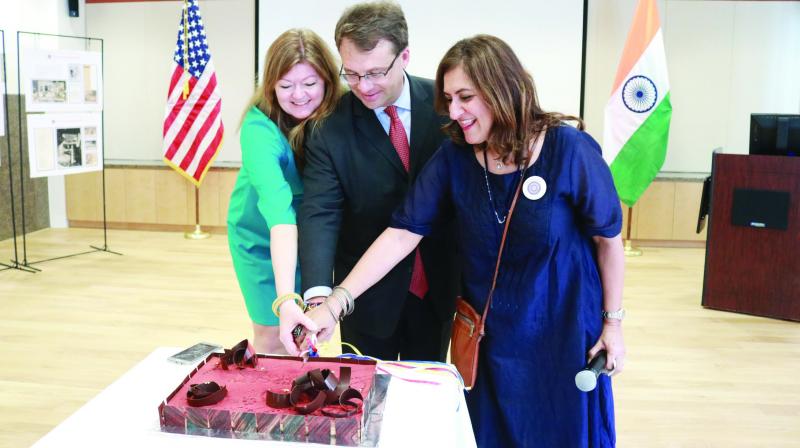 In 1927,while playing the host at a Christmas party, Mrs. Frances Brown Brough discovered that along with her, there were 22 other American women who were living away from home in the new thriving port-city of Bombay. Not only were they new to the city, but also shared the desire to explore it. And this need for a community actualised a year later in the form of American Women’s Club of Bombay with mere 13 members.  Entering into its 90th year on September 12, the club now known as the American Club for International Women with members across 34 nationalities recently celebrated its anniversary in American Consulate.

The club that was intended for American women, over the years, opened its door to offer membership to women of nationalities other than American and Canadian. In a hallmark celebration of the ethnic diversity and inclusivity, in 2017, the club changed its name from American Women’s Club to American Club of International Women (ACIW). Talking about the change, President of ACIW, Hanifa Haji, says, “We thought that this is our 90th year, let’s do something to commemorate that and the club members overwhelmingly voted for the favour of this name-change.  Although, we still keep the American-ness, with our continued association with the US Consulate.” This expatriate community has about 150-200 members from countries including Germany, France, Switzerland, Australia, Malaysia, Singapore, Korea, China, India, etc. 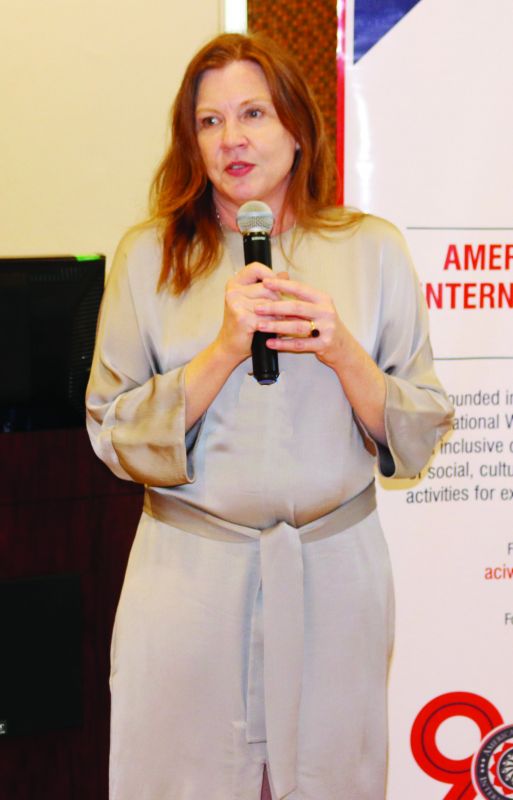 Since the formation of the club, every year the members organise several social events and activities.  On the 25th anniversary, in 1953, in association with the Metro-Goldwyn-Mayer, the ladies of the club organised a special screening of the 1952 released movie Ivanhoe, with a special message of regards by Elizabeth Taylor. Another interesting event was the Gala of 1955 where the dress code was Western high fashion made from Indian fabrics. During the time, when the wave of Western fashion had hit the city of Mumbai, Americans adopting the Indian fabric became such a talk-of-the-town that the Bombay Express mentioned in an article “Americans were more patriotic than the locals.” To regale their own stories, in 1960 they even wrote, choreographed, directed and performed a musical Ever the Twain. This musical was a story about a New-York based spinster who meets a Juhu-based businessman through a matrimonial advertisement and ends up living in the city.

The club that has offered its members a ‘home away from home’ helps these women explore the city through their program Coffee Mornings. Cynthia Gire, who is the Honorary President of the club and the wife of Edgard D. Kagan, the American Counsul General of Mumbai says, “We have explored Bandra, Fort, Andheri; seen different cultural things, and participated in different cooking demonstrations, museums walks, book clubs, and craft clubs; and supported various charities.  It’s a great opportunity for a lot of people who have just moved here, to kind of get involved and learn about the city. I don’t think I would have tried yoga if it weren’t of this group, and I have been doing yoga ever since.”

Apart from the social activities, philanthropy is integral to the club. Throughout the year, they host fund-raising events like galas, auctions, and other events including the upcoming ACIW Charity Shopping Mela. The event will see local charities showcasing their cause and selling their products. It will also include local artisans and vendors setting-up pop-up stores.  For Deputy Principal Officer of the American Consulate, Jennifer Larson, who has not only found sisterhood in the club, the mela offers her something to look beyond work. She says, “With the mela and other volunteer opportunities, it helps to have a life outside work, especially when you are new to India.”