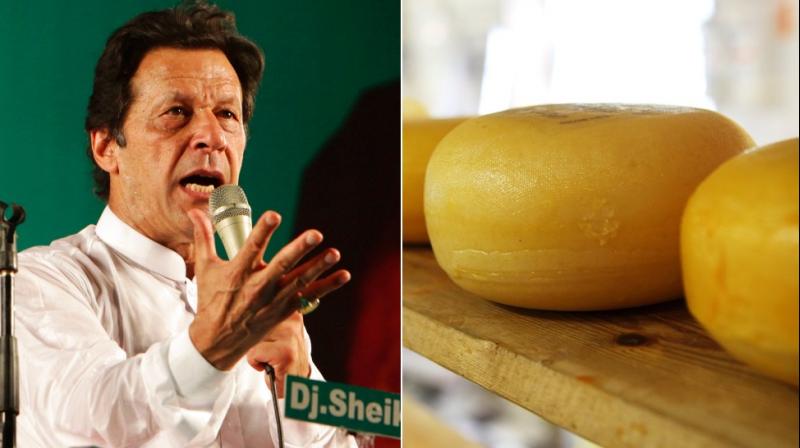 In a bizarre move that is being slammed by critics and opposition leaders alike, Pakistan’s new Prime Minister has decided to ban cheese along wth embargoes on other foreign products such as luxury cars and phones.

According to The Times, the newly elected PM believes the move will help the country stave off a USD 12 million bailout from the International Monetary Fund.

A water crisis has also prompted the former Pakistani cricket captain to ask for donations from Pakistanis around the world to help build a new dam.

The cheese ban has prompted jokes from critics including suggestions that three-times married Khan wants to “Make Pakistan grate again” – in a nod to US President Trump’s election mantra.

Social media users have also complained that the country’s pizza, already considered poor, will deteriorate further because of the controversial embargo.

Experts point to the fact that foreign cheese imports, worth £2.5m, make up 0.01 per cent of Pakistan’s current deficit of £13.5 billion.

“The economy is the real challenge and the government has to make serious decisions instead of these small things,” he added.

Pakistan's decision has since then being catapulted with a number of reactions on social media:

#Pakistan considers to ban import of #Cheese to avoid #IMF:
Ohhh My GOD, this is not satire, this is breaking news in media. If this is change #KeepTheChange https://t.co/YXVgYPS8qU

So #Pakistan's brilliant ideas to avoid IMF bailout, is to put 1-yr ban on import of:
> cars
> cell phones
> fruit
> and cheese
to save $4-5B. Are you serious @ImranKhanPTI?🤦‍♂️

BETTE IDEA 4 U, is to cut-down your Army and STOP SPENDING on TERRORISTS😎https://t.co/mWWXhqp6nP

“Outside the BoX 📦”(Pakistan government is considering a year long ban on luxury items as: smart phones, Cheese and high end cars)i.e. Where is “OTB”. Need of the time is to immediately hire consultant from abroad, avoid IMF, replace Umar Asad with a western European consultant.

And now they focus on cheese.
Its a mad, mad, mad world.

😄😂😂😂
Anyway.. It's about time Pakistan's Dairy producers make good quality cheese. They should be forced to do it. Pakistani cheese sucks!