Preserving the past for posterity 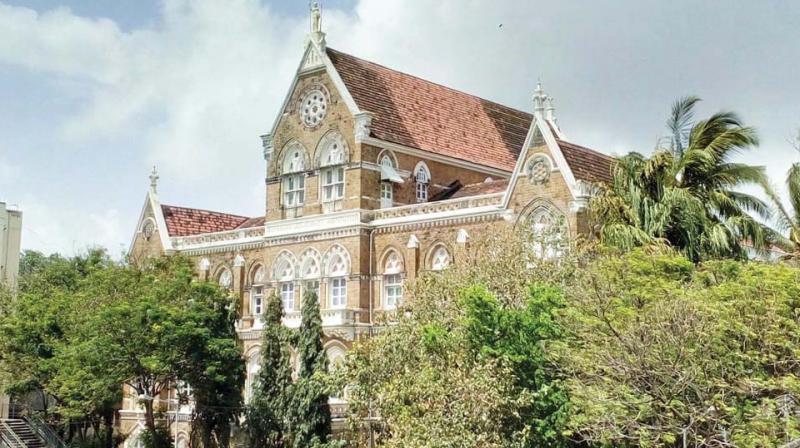 The more pensive ones will savour the soft tread of their canvas-shoed feet on the teakwood stairs and pause on the Minton-tiled landings to contemplate the serene marble tombstones of Bada Kabrastan in the adjacent plot.

Moments after we meet outside Charni Road station, Vikas Dilawari asks me to inspect its signature railings: “They’re a replica of those at the Bombay, Baroda and Central India Railway building (Western Railway headquarters) outside Churchgate station.” And just like that, a short tour of two of his conservation sites becomes an evening of introductions to Bombay’s omnipresent heritage.

Obscured as it is by the remnants of a demolished pedestrian overbridge, the Byramjee Jeejeebhoy Parsi Charitable Institution is a Gothic Revival building I must have walked past countless times, dismissing it as yet another colonial edifice commandeered by an obscure government department that one must avoid on principle as a museum of paperwork. But this 1908 structure – the first project of Mr Dilawari’s 27-year career – is a school for children of all communities.

We admire the imposing façade of this gorgeous building, and I can almost picture it filled with students: scores of exuberant children scampering through the portico into the lobby and pausing for a beat; tipping back their tiny heads, they gaze up the wide, sunlit stairwell with open-mouthed wonder at the pitched roof, four high-ceilinged storeys above their restless feet. Some of the more daring kids might risk a slide down the burnished bannister before scampering off to class through corridors shielded by ornate wooden screens and balustrades. The recently trained bladders of the tinier toddlers may drive them to the toilet, where an intricately chiselled screen of Porbandar stone brings elegance to that most utilitarian of spaces.

The more pensive ones will savour the soft tread of their canvas-shoed feet on the teakwood stairs and pause on the Minton-tiled landings to contemplate the serene marble tombstones of Bada Kabrastan in the adjacent plot. But the performers amongst them will surely make a beeline for the many-columned hall with its stage and stone balconies and hug a stone pillar for how wonderful it feels against their cheeks.

Only the most dauntless will climb onwards to the fourth floor library – painted a most welcoming tint of green – for its vista of the sea right in front and Malabar Hill and Walkeshwar in the distance. I doubt their teachers permit them to step onto the terrace on either side as Mr. Dilawari and I did, where he immediately pointed out that the blue and white roof of Charni Road station clashes with the brick red roof of the Government Press behind it. And I’m certain no student is allowed to clamber up the Mangalore-tiled roof of the school and look upon the quiet sanctuary of the Cowasjee Jehangir Atash Behram next door and the domes of Victoria Terminus on the horizon.

But they and you and everyone else can admire the windswept statue of Athena, holding a spear and shield, visible at the very top of the school from the very bottom. “It could once be seen all the way from Malabar Hill,” says Mr. Dilawari whose work has won 15 UNESCO awards for cultural heritage conservation. “But it had fallen down or been removed and was replaced by a hoarding of 505 soap for a very long time. It was quite a feat to place that statue at the top, at a height of about 80 feet, facing the sea.”

As we descend the stairs, Mr. Dilawari – a most affable man – issues stern orders to workers giving finishing touches to another round of restoration. His eye for detail does not waver even when we stroll on Thakurdwar Road: he points out the Art Deco turret and stairwell jaali of the Vinay Health Home building as well as two staircases in the same chawl: one original, wooden, and still beautiful, the other recent, metal, and ghastly. Walking with him, one develops a type of vision that strips every sight of its tasteless modern additions to visualise each structure as it was in its heyday.

Turning onto Nath Madhav Road, I immediately spot a corner of my favourite Mumbai building, the interiors of which – in a happy coincidence – Mr. Dilawari restored. If real estate is a status symbol, Hira Baug is the most glorious of them all. Built in 1905 by a wealthy Seth, its frontage – which abuts two streets – overlooks a traffic island and public toilet but once commanded a view of the historic CP Tank.

Mr. Dilawari crosses the intersection with carefree aplomb, unmindful of the blaring traffic (“This is Bhuleshwar, nothing will happen”). With sweeping arms, he explains how just a ground-plus-one structure can have such a large footprint, how buildings across the street complement its curves, and how the balustrade of its recessed, triangular terrace is perfectly parallel to the front of an adjacent building.

He then describes its design as “Gothic outside, Indian inside” (If I come across as an architectural expert in the following sentences, it is only because I am quoting him). The façade of Hira Baug has Western ornamentation such as trefoils (a raised outline of a three-lobed leaf) and finials (slender, carved projections crowning the apices of its roofs). But it also sports carved motifs of Indian animals, and its eaves are lined by finely-crafted, desi wooden lengths called fascia boards. The longer one examines its façade, the more detail it reveals. We pass through its gates to an oasis of calm. Mr. Dilawari explains how Hira Baug was planned keeping human senses in mind: the stone-paved courtyard hardly admits the din of traffic outside; a young woman sits on a verandah, studying. The structure is oriented to welcome the south-west wind, which sweeps through the building through louvered ventilators. The last rays of the setting sun shine upon its walls, tingeing its yellow ochre hue to something indescribable.

In photographs dating from before the restoration, Hira Baug appears discoloured, decrepit, and altered, with little consideration for its original design. We clamber up one of its many staircases to the gallery of a space now used as a wedding hall; once painted an odious grey all over, its original, colourful stencilled pattern with ‘HB’ at the centre is resplendent once again. The terrace next to it offers a splendid view of a hidden Art Deco clock tower right in the middle of Bhuleshwar. We walk along a balcony-corridor onto which a row of residential rooms opens; its cast-iron railings display the ‘HB’ motif as well. The windows of the rooms open into the quiet courtyard. The lower panes of their shutters are solid, for privacy, while the upper ones are transparent and admit sunlight. Hira Baug is a building designed for its people.

As we leave, I see a man go up the stairs with a giant tiffin. Hira Baug was once a dharamshala whose rooms were subsidised by its shops;  the watchman Dubeyji informs me that, a century later, the rooms are still given free of charge to the families of cancer patients from out of town who need to stay in the city for months on end. Mr. Dilawari says, “Any modern building is like a human being; until you’re 30, 45, 50, you’re fit. At 60, you start going for check-ups. The very fact that Hira Baug has completed 100 years without asking for external repairs is remarkable.” This resonates with the email signature of this man who spends his days protecting and preserving that which he loves most about his city: “It’s good not because it’s old, it is old because it is good.”