Rainburn’s unique sound has not only been well received by fans but by critics as well. 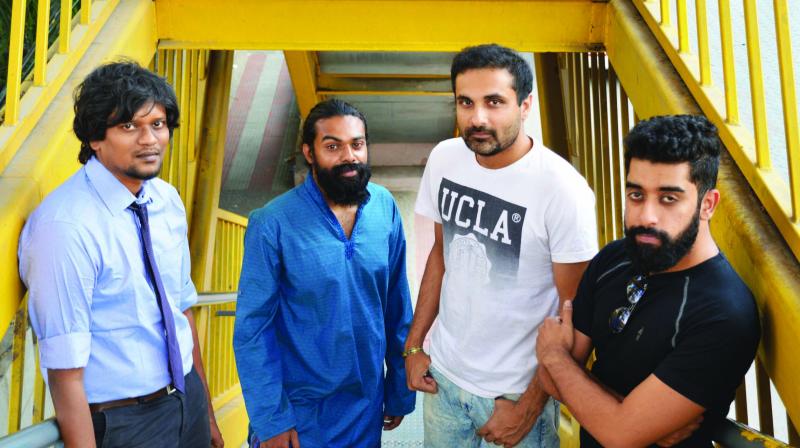 Progressive music is hot these days. But when Rainburn started in 2011, no one knew the kind of waves that they would create in the prog-rock scene as well as the Indie music scene. No one could imagine that they would be interviewed by Rolling Stone or that their work would be counted among the Top 10 Indian Albums of 2018.

Rainburn was founded by Vats Iyengar and its first keyboard player. “It took us a while to find a drummer and a bass player. The first jam was a bit confusing for everyone, as we started with a song that I’d written but nobody else knew,” Vats shares, adding that though the band was formed in 2011, they started performing only a year later. Talking about what drew him to the progressive rock genre, he says, “I never set out to create progressive rock or any particular type of music other than what comes naturally to me. But if Rainburn is to be categorised, I much prefer the progressive label over any other because it’s so vast.” When asked how the typical progressive rock fan relates to their music, he grins, “It’s not difficult to please a typical prog-rock fan — just play something fast with a really twisted timing!”

Thrust into the limelight when Rolling Stone named their album Insignify as one of the Top 10 Indian Albums of 2018, Vats is philosophical when asked if it was difficult to live up to the accolades. “That was a wonderful honour, but there’s no pressure other than what we put on ourselves as individuals; I think, most times, we’re quite hard on ourselves, so if we pass our own tests, the rest doesn’t make that much of a difference either way,” he admits.

Suicide Note: Alive in Black is Rainburn’s new song from their upcoming EP Resignify and Vats adds that the response that they have gotten for it has been great.  He says, “We didn’t try to take the grit and grime off the live tracks or try to make them really polished; you can hear string noises, a bit of sloppiness at times, and the occasional slightly flat or sharp vocal. But it’s how I think a ‘live’ recording should be, and it seems people who’ve heard it so far agree.” Talking about Resignify, which will come out on November 21, he says, “This is sort of a companion to last year’s album. Though it doesn’t have new compositions, it does have live tracks and surprising remakes. It’s a nice little something for people who enjoyed Insignify.” What can fans expect from this new EP? “We had recorded an acoustic version of Elusive Light from Insignify a few months ago, then we did a couple of live recordings in July…it just made sense to package them all together,” he muses aloud. Rainburn has some major things planned for the next few months. “Once Resignify is released, Rainburn will look to play some shows again, possibly a brief tour, and bring back a song called Veil (which was on our first EP and has been re-recorded for Resignify), along with some new material into our live set.”