The urdu word farishtey translates to ‘angel’, but In modern-day delhi, where it is every man for himself, is it even possible to find a farishta? 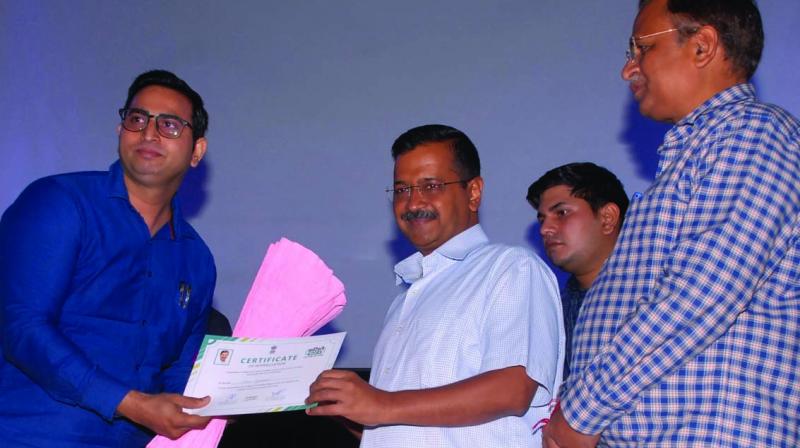 The complete expenses of the medical treatment will be borne by the Delhi Government.

Road rage incidents leading to fatal accidents can often be witnessed in this city, which always seems to be in a hurry. What is even more common is witnessing a crowd around the victim consisting of people who do not come forward to help. One can even spot an occasional phone popping out in the crowd, taking photos or videos of the mayhem. Whereas data shows that if a victim is rushed to the hospital immediately after the accident, then their survival rate is increased by 80 per cent. This compels one to wonder, what happened to the good ol’ samaritans?

As the basic civic sense in the city keeps vanishing into the smoggy air of the capital, the Chief Minister of the city has decided to come up with a unique campaign — Farishtey Dilli Ke. Farishtey Dilli Ke is a scheme that has been created to empower the citizens of Delhi to become good samaritans and save lives of accident victims. So, how does it work? Citizens who come forward and help save the lives of accident victims by immediately bringing them to the hospital are felicitated and awarded certificates for their work by the Delhi Government.

But, why does a regular city resident need to be rewarded to come ahead? “It’s difficult to first understand how to provide first aid to the victim. And then when even someone decides to actually take the person to the hospital, they are mostly swamped with police questions and other document works,” explains city resident Karan Khosla. To take care of this, the government has decided to help these ‘farishtey’ by excusing them from being a part of any police or legal proceedings. All nursing homes and private hospitals in Delhi will be mandated to admit all accident victims and provide treatment free of charge. The complete expenses of the medical treatment will be borne by the Delhi Government.

Speaking of the campaign, Swetha Mani, a college student says, “It is a very thoughtful campaign on one hand. But, on the other it makes me realise how self-centered we have become that we have to be awarded to do something that should be a basic act of human sympathy.” Anuj Som, another city resident, however, believes that this campaign is more than just a “unique” or a “thoughtful” one. “Waiving off all the treatment amount is not a joke. Financial help is a big deal,” Som feels.

On Monday, Arvind Kejriwal launched Farishtey Dilli Ke officially at the Maulana Azad Medical College and awarded numerous such good samaritans. One such person felicitated was Pradeep Grover, a shop-owner who witnessed the accident of a man in front of his shop and immediately boarded an auto-rickshaw to take the victim to the nearest hospital. While Haider Ali, a lawyer at Karkardooma Court on discovering a critically injured couple outside his court premise saved the day by taking the couple to a hospital where they received proper treatment.