Distressed emotional support pig gets woman kicked off her flight

Rachel Boerner was travelling from Connecticut to her South Carolina family home for thanksgiving with her 36kg companion Hobey. 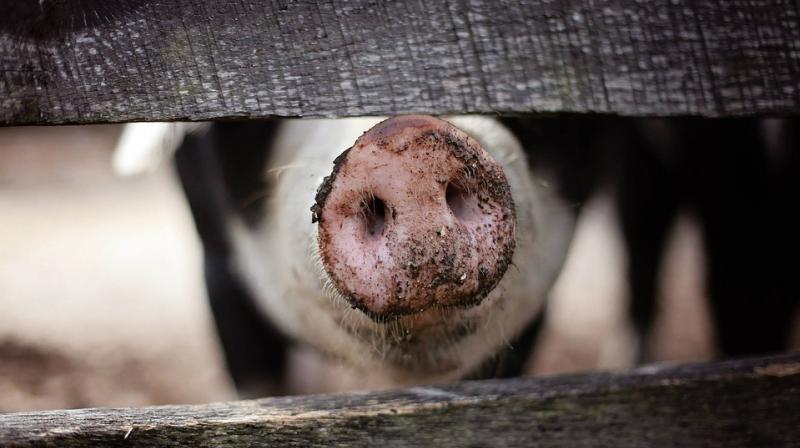 Airline guidelines allow for a range of animals, including monkeys and miniature horses, to be brought on flights as designated support animals. (Photo: Pixabay)

In a bizarre incident an emotional support pig got its owner clicked out of a flight when it started to act up before take off. The animal was taken onto a US Airways flight out of Connecticut on Wednesday.

The traveler in question, Rachel Boerner, 29, was travelling from Connecticut to her South Carolina family home for thanksgiving with her 36kg companion Hobey when passengers complained about the smell.

While the passenger tied it up to an arm rest at first when it became disruptive, Jonathan Skolnik, a professor at the University of Massachusetts Amherst and another passenger on the flight told ABC News that at first they though tot was a duffel bag, but then it turned out to be a pig on a leash.

He added, ‘She tethered it to the arm rest next to me and started to deal with her stuff, but the pig was walking back and forth. ‘I was terrified, because I was thinking I’m gonna be on the plane with the pig.’

The 32-kg pig was creating quite a commotion and as such the airline staff were forced to ask the passenger and her pet to leave.

Parent company American Airlines said the pet was an emotional support animal, but had to leave because it kept roaming back and forth.

Airline guidelines allow for a range of animals, including monkeys and miniature horses, to be brought on flights as designated support animals.

But while, dogs and cats are a common sight, pigs are a rarity.