Online vigilantism is on the rise in India, although opinion is divided on whether it is a job best left to the professional sor not. 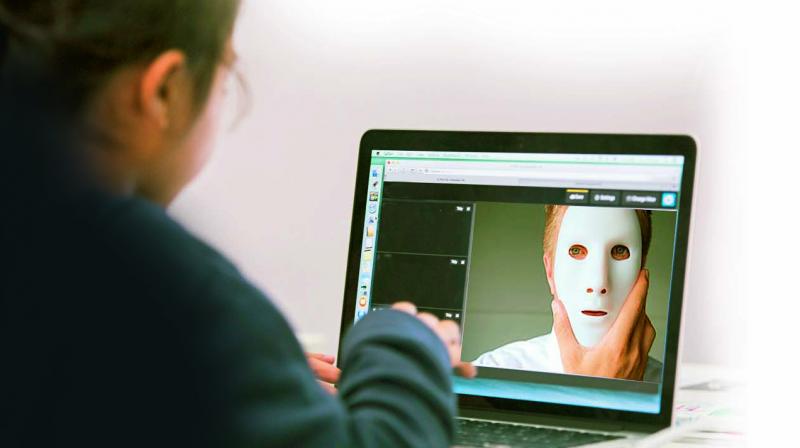 Keeping an eye out and making sure young people are safe online is soon becoming everyone’s job.

A creepy NRI banker was recently arrested for grooming a child for months after a UK-based group of online vigilantes, called the Internet Interceptors, posed as a vulnerable child in a chatroom and waited for Indian origin Balachandran Kavungalparam-bath before exposing him publicly. This incident brings to light a growing concern surrounding child safety on the Internet, namely, online grooming.

Talking to us, Internet Interceptors confirms that the team is well-equipped and well-versed in setting up traps to catch sick paedophiles online. “We have done over 100 stings. We film their encounters and contact the police to make an arrest. In this case, we also spoke to the guy’s wife and she hung up after listening to us,” they share. The rise of paedophile hunters, whose mission is to make the Internet a safer place for children, is on the rise in the West, but it’s also slowly catching up in Asia, particularly in India.

Keeping an eye out and making sure young people are safe online is soon becoming everyone’s job. Not just these Internet vigilantes, but even the police are keen on digital detective work to bring abusers to book.

“We have been doing this to curb sex trafficking on a daily basis as the entire business is online. We put our decoy as a customer and then make a demand. That’s how we work. In the last one year, we have solved over 100 cases. Websites like m.locanto.net have different classifieds from cities like Hyderabad and Mumbai. It’s more like an escort kind of thing, and we pose as customers to nab them,” explains Mahesh Bhagwat, Commissioner of Police, Rachakonda, who has been leading the fight against the modern-day menace of human trafficking since 2004 and was conferred the 2017 Trafficking in Persons (TIP) Report Hero award by the US State Department earlier this year.

So, are online vigilantes the need of the hour? The police hope not as they believe these matters are best left to the professionals. “While the intentions of these vigilantes may be to do good, there is a set procedure for law enforcement. The Constitution of every country empowers law enforcement agencies with the responsibility of maintaining peace and decorum in society. The actions of these vigilantes not only undermine the authority of these agencies, but also pushes society towards anarchy,” says Anjani Kumar, Additional Director General of Police (ADGP), Law and Order. He adds, “Such vigilantism can be misused. We need to have a robust mechanism within the framework of law.”

Interestingly, these vigilante groups are mostly made of mothers, who want to see offenders brought to justice. Sunitha Krishnan, social activist and chief functionary and co-founder of Prajwala, a non-governmental organisation that rescues, rehabilitates and reintegrates sex-trafficked victims into society, argues such vigilantism will only rise, if people sense that the authorities may not take adequate action. “As long as we do not have a robust cyber intelligence wing in our law enforcement mechanism, such vigilantism is the only way out. We do have such vigilantes in India too but they are not an organised group. The ones who are organised only report regarding porn etc. to IWF (Internet Watch Foundation) but do not take up such extensive decoy operations like Internet Interceptors,” says Sunitha.

She adds, “The need of the hour is a public-private partnership to make our virtual space safe for all of us. In India, our cyber cells are poorly equipped and the officers are inadequately trained. We need to strengthen them and create a functional intelligence in cyber space.” When asked if her organisation would take on such sting operations, she says, “No. It’s a very skilled job and requires intensive collaboration with the cyber cell. But the existing cyber cells are  weak. We do it extensively to crack online prostitution cases with the Task Force.”

Internet vigilantism raises questions about the role of the citizen in a modern, digitised society. Many work towards goals involving criminal justice and retribution. “As with ‘real-time’ vigilantism, many cases of Internet vigilantism are a response to particularly objectionable crimes involving murder, injury or sexual assault. In the United States, a very prominent form is applied to the high number of sexual assault cases that work their way through the American justice system annually. With high-profile rape or sexual assault cases, Internet vigilantism can dramatically change the consequences for offenders,” says Sandeep Mudalkar, who works with the cyber crime of police department and CEO and founder of Sytech Labs.

The Law says
Section 11 (vi) of The Protection of Children from Sexual Offences Act, 2012 (POCSO) provides that a person who entices a child for pornographic purposes or gratification with sexual intent is said to commit sexual harassment upon a child, when such person “repeatedly or constantly follows or watches or contacts a child either directly or through electronic, digital or any other means” with sexual intent.

Section 67B(c) of Information Technology Act, 2008 also punishes the enticement of children in an online relationship with the purpose of publishing or transmitting of material depicting children in sexually explicit acts in electronic form.