Obama's doodles sold for over USD 11,000 at auction 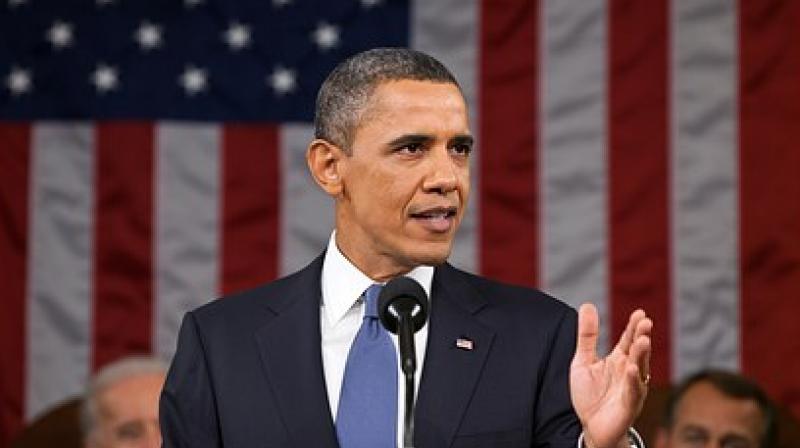 The online auction house had expected the item to be sold for USD 8,000. (Photo: Pixabay)

Original, quirky pencil sketches made by former US President Barack Obama, which include some self portraits and the words Making America Competitive Again, has been auctioned for USD 11,113.

The doodles are on a white 5x8 sheet of White House stationery. The front side of the sheet features a total of 11 drawings, two of which appear to be forward-facing self- portraits.

Other doodles include a face in profile, another more cartoonish looking face, and various shapes and squiggles.

The reverse side features a few more small shape doodles, as well as another self-portrait and two rectangles with the words "Making America Competitive Again".

"A unique, humorous glimpse into Obamas own doodling habits - odd shapes and self-portraits - this sheet also features a single line of writing that bears an uncanny resemblance to the US President Donald Trump's campaign slogan Make America Great Again," according to RR Auctions in the US.

Although undated, the sentence points to the subject of a speech Obama delivered on May 4 in 2009, in which he announced a set of proposals to crack down on illegal overseas tax evasion, close loopholes, and make it more profitable for companies to create jobs here in the US.

"We will stop letting American companies that create jobs overseas take deductions on their expenses when they do not pay any American taxes on their profits," Obama said.

"We will use the savings to give tax cuts to companies that are investing in research and development here at home so that we can jump start job creation, foster innovation, and enhance Americas competitiveness," he said.

The sketches are accompanied by a letter from Samuel Sutton, the personal valet to Obama, who retained several souvenirs from the White House.