Rachel Thomas is the first woman skydiver in India. 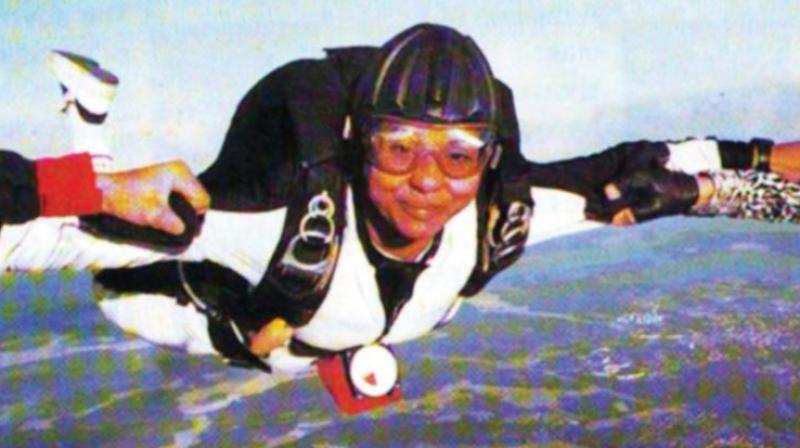 Later in her life, Rachel Thomas would often wonder how she had taken such a bold step in the April of 1979. Like quite a lot of us, she too, had always wanted to fly like a bird. And something in her — perhaps her youth or else her strong desire to pursue her dreams — made her blurt out that she would like to join the first course at a new skydiving institute that she heard about at a dinner party in Agra. She was then a young wife of an army officer, a mother of two kids, and didn’t know what she was signing up for — Rachel had never been on a flight before. And then a few days later, she was on one for the first time, and told to jump out of it at 4,500 feet! With sweaty palms and prayers, she made that first jump and in that moment, created history, becoming the first woman skydiver of the country.

Rachel narrated this story from 38 years ago at a Tedx talk recently. But the story she began her speech with, is more recent, from the year 2002 when she made the jump from North Pole at minus 55 degrees. “The North Pole was the Everest of my dreams, but the journey to the North Pole started 38 years ago,” she said during the speech. And tells that tale during an interview. “We stayed on the iceberg for six days with one meal a day — drank Vodka like them at night before sleeping because I realised that is the only thing that will keep me warm. The toughest part was going to the loo for it was a good distance away — walking on snow, with no door and no roof — at minus 55 degrees. It is tough.”

The being-a-girl factor had popped up a lot. After her fifth or sixth jump, Rachel landed in a village outside the drop zone area. She had her very long hair braided, tucked into her overhauls. After landing and removing her container and helmet, she pulled out the braid. All the villagers were aghast, saying yeh to kudi hai (It’s is a girl). “They were shocked as girls never jumped /even parachuted those days — it was only in 1992 that girls had joined the forces,” she says. 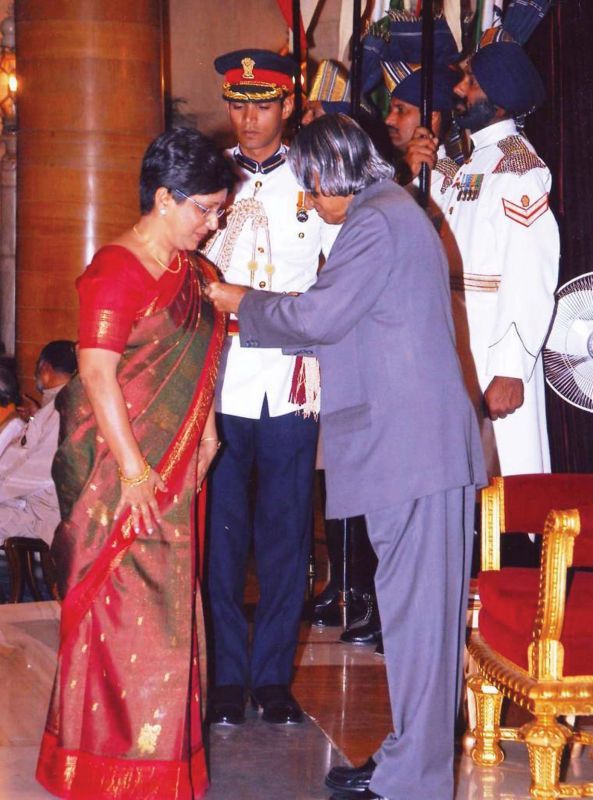 But Rachel was the happiest at the North Pole, as she went to other tents meeting the pilots, the guys who were conducting scientific experiments related to the Arctic Ocean. “We lived on an iceberg and were told if we heard a cracking sound at night we should wake the others up, or we could drown for dear life. I landed closest to my team leader so I got great pictures of my touch down on the North Pole at Point Zero,” she says.

People cheered as this woman kept making records for her country — she is the first Indian woman to skydive from 7,000 ft over the North Pole.

Both her parents are from Kerala. “My father comes from the Chakayalil family of Kottayam. My mother is from the Malemale family of Mavelikara. As kids, we used to come every summer vacation for a month, all the way from Calcutta, which was a four-day journey then. I still come to visit my uncle who is in Mavellikara,” Rachel says. She is in Dubai now with her daughter, helping her with her event company and also doing mission work for church.

None of it had been easy, Rachel repeats. Her biggest achievement, she says, has been overcoming her fear. That happened on her fourth jump. “And because I managed to overcome my fear, I completed the basic course — of 10 freefall jumps and received my A-LIC. Then I realised what it was flying free like a bird.”

But then tough times would keep coming. In Russia, she witnessed the coup and what it was like without any food in the stores. She was there when Gorbachev was abducted.

Rachel can’t stress enough on the need to train and work hard for achieving what she’s achieved.

She remembers her trainer Chantal fondly, as a hard task master to whom she’s really grateful. She had also once gone to the US for training, as a 29-year-old. “It was strange when people would ask me funny questions, like do you speak English — I would say yes, but the British English. I was so grateful that I was brown and that kept guys away from me at the dropzone,” says Rachel, her sense of humour making it easy to chat with this wonder woman.

But even as she laughs, you realise life had not been easy for Rachel. She didn’t do any of this for ‘achievements’ she says, but because it gave her happiness and helped her through her divorce.

“I did everything the other way around — be it skydiving or completing my education. Did my BA, B.Ed with a first division and a gold medal. Always, when I did something, I would put my heart and soul and excel in it.”