A nurse wrote: 'We had to lie down on the floor and spread our legs in front of patients and their guardians.' 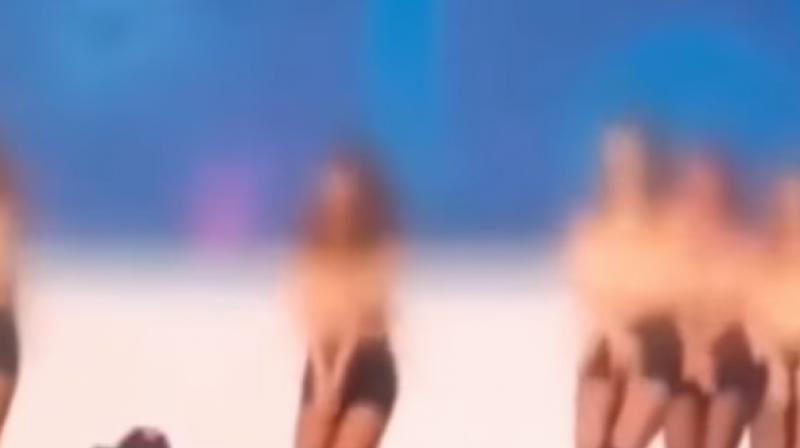 The incident came to light when a nurse posted videos of a rather sexually suggestive dance on Facebook, instantly sparked outrage. (Photo: Screengrab/ IndianViralLion)

A South Korean hospital is under investigation after allegedly forcing its nurses to perform a "sexy dance" for high-ranking officials.

The incident came to light when a nurses posted photos and videos of a rather sexually suggestive dance performed in October on social media and instantly sparked outrage.

The Korean Nurses Association on Monday called for a thorough investigation of Hallym University’s Sacred Heart Hospital, located in the northern city of Chuncheon.

According to a report in Korea Times, the nurse wrote in the post: "Those forced to dance are usually the newly hired nurses, who are unable to refuse such orders. We are forced to dance in front of high-ranking officials of the firm who sit side-by-side at a long table."

Another wrote: "During practice, managers at the Nursing Department would give instructions on making seductive gestures and facial expressions".

A nurse also shared that some nurses would feel such extreme humiliation that they would cry, however officials wouldn't pay any attention saying the nurses were just making a big deal of something everyone does.

The post continued: "It is devastating to hear the hospital officials claimed they did not know about the situation after this finally got out."

However it seems this sort of abuse runs rampant as the post resulted in a series of allegations made by other nurses who said they too had had to perform such dances for 'comforting' patients and events through the year.

A nurse wrote: "We had to lie down on the floor and spread our legs in front of patients and their guardians."

The Korean Times also reported that the Ministry of Employment and Labor said an internal review was under way. "If we find legal problems, we will summon the hospital officials responsible."