Life   More Features  15 Nov 2018  Widow of tattoo artist gets his skin removed in a bid to preserve his art
Life, More Features 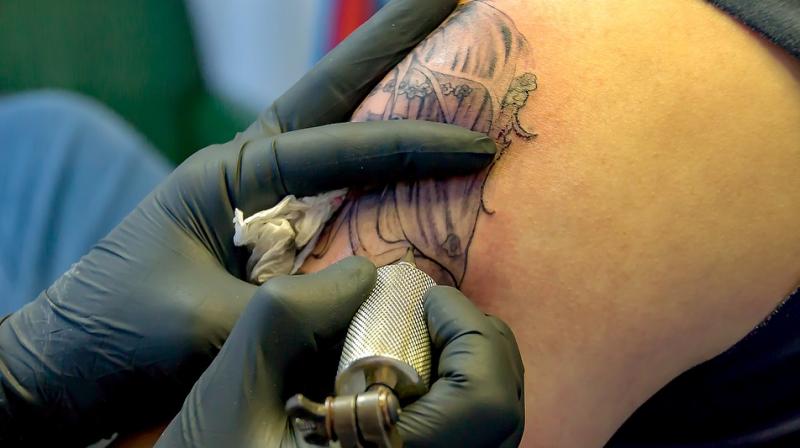 The skin will be framed and hung in Chris’ tattoo studio (Photo: Pixabay)

Artists are believed to live on even after their death through their art which bears testimony to their talent. Tattoos have come across as a modern day art form with several people turning their entire bodies into canvasses.

But the widow of a Canadian tattoo artist decided to take a seemingly bizarre step to preserve her deceased husband’s body art. Cheryl spent close to $80000 to have her husband Chris Wenzel’s skin removed and preserved in a special formula to be framed, as he had instructed.

Chris owned Electric Underground Tattoos and was suffering from ulcerative colitis. The procedure which takes three months involves surgically removing the skin with a special formula and was carried out by an American company called Save My Ink Forever.

The skin will be framed and hung in Chris’ tattoo studio.