Dismaland artist to team up with Mumbai whiz 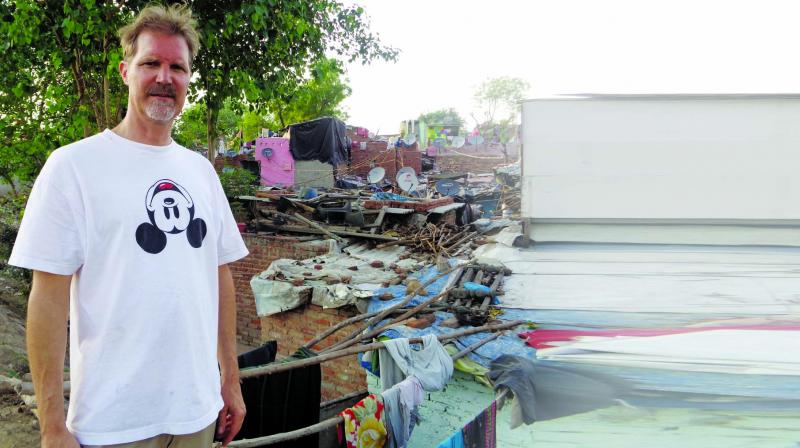 Dharavi has been a muse to many a writer and artist. Clearly, Jeff Gillette is no exception. For those of you who don’t know Jeff, he has been credited for inspiring anonymous British street artist Banksy’s hugely popular dystopian land, Dismaland. Ask him about the connection and he tries to play it down in our email interview saying, “I look at us both having ‘similar sensibilities’ on the subject of Disney. That being said, I had an exhibition of my work in LA in 2010 called Dismayland, then later Banksy’s ‘Dismaland’ appeared in 2015!”

On his previous visits to Mumbai, Jeff has drawn inspiration from the shanties of Dharavi — much like our very own Samir Parker. Little surprise then, that on his next visit, he wants to collaborate with him. “I am talking with Mumbai artist Samir Parker who worked with slums with his Tarp Project where he decorated the tops of shanty towns in a grid of colourful, new plastic quilt-like tarps,” he says. 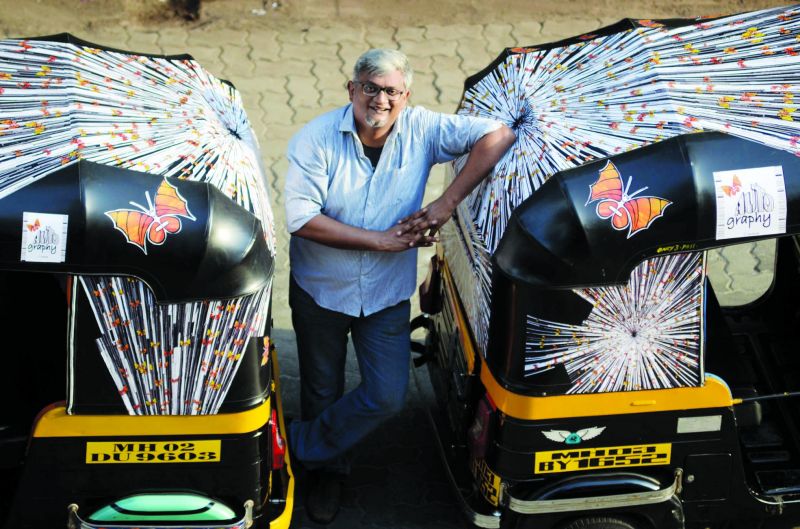 Samir, on his part, is excited about the collaboration. “Jeff and I have a few things in common. For instance, we’re both artists and art teachers. Also, we’re drawn to a similar kind of urban topography in our works. Dharavi for me is more than a slum, it is entrepreneurial and doesn’t need any kind of ‘rescuing’. We both like to look at the parallel universe that exists inside a metropolis like Mumbai,” he says.

So what will the collaborative effort look like? “We have been bouncing ideas off each other, but we’re yet to finalise something. It will be on the lines of the works that we both are inclined towards.  Jeff is very kind, he has made mentions of my works during his exhibitions. We’ll be able to speak about the project when it’s close to materialising, but something is definitely in the pipeline.” 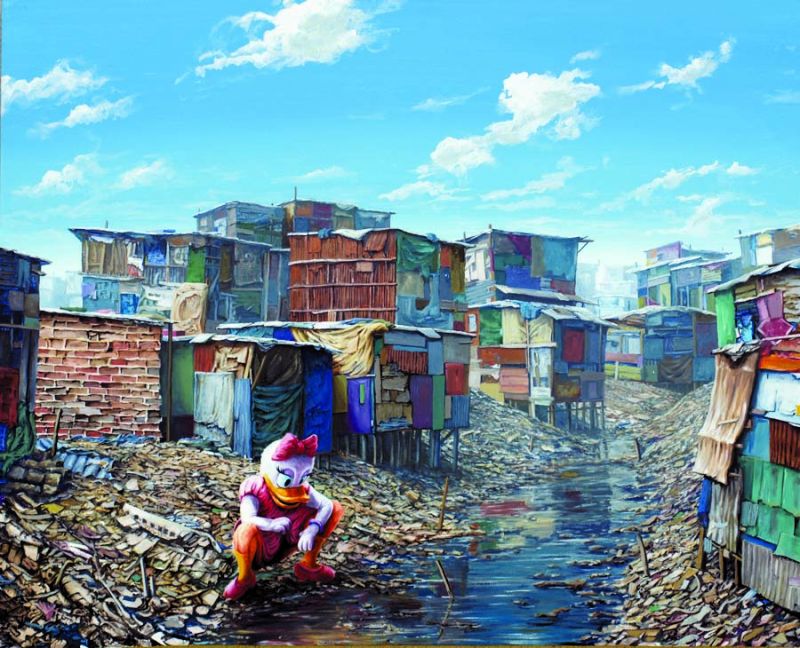 Much like Samir, Jeff, whose works have taken him to slums across the world, perceives these areas as treasure troves of inspiration. “The fascinating texture, colour and strange beauty of slum architecture is what makes me interested in the poorer areas of Indian cities. In Dharavi, the accessibility and the hospitality of the residents there has kept me coming back.” Does he worry about the curious gazes that follow him as a paintbrush wielding foreigner, walking the dark alleyways of the city? “I do not consider myself a tourist. As an artist, not the casual visitor, I find the access and ability to document my experience important to my work. Both the tours and my artwork offer a glimpse into an area that not many people have had first-hand experience of. The ability to see urban poverty creates awareness to the condition and plight of the slum inhabitants. India has some of the most dense and expansive slum areas that I’ve visited. Although appearances show signs of dismay, the people in them are anything but dismal!”

Jeff’s aversion to the ‘happiest place on Earth’ was sparked off when he visited Disneyland as an adult and walked out of the place within half an hour after paying the full price for the ticket, because for him ‘the magic just wasn’t there’. That is why his works use Disney’s characters to paint a more ‘dismal’ picture of the real world. “Unfortunately, I see myself, not exactly as a ‘pessimist’ but a ‘realist’ meaning I’m not afraid to look at the stuff that is better left unseen. I consider myself ‘too realist’, and never anticipate myself doing ‘happy,’ mindless art that does not have an edge to it.” 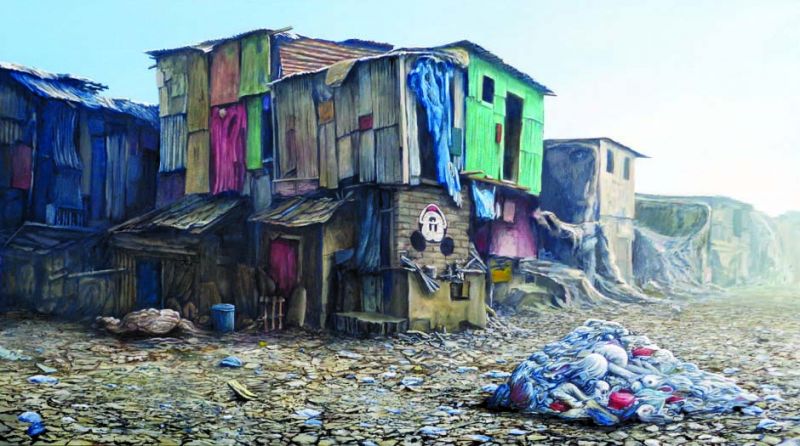 It is this common thread that attracted Banksy to his works. So of course we had to ask, has he met Banksy? “I did not meet Banksy, but I think my wife and I ran into someone that we thought was him in the Castle of Dismaland on the last night of construction. I just said, ‘hi’.”