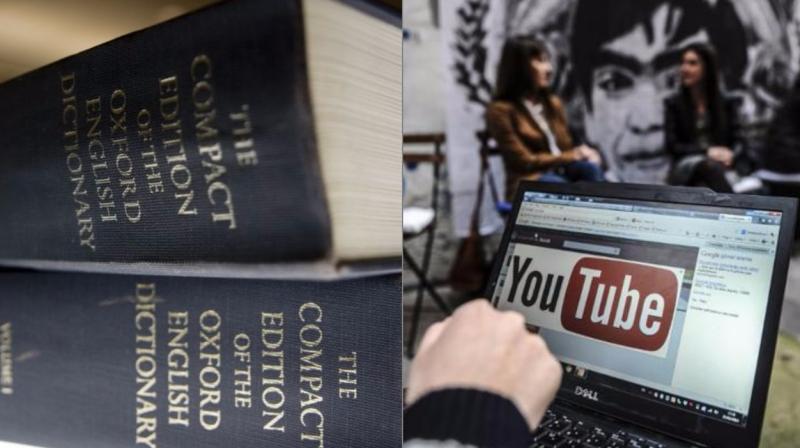 The December update also sees the addition of a number of words from the world of surfing such as tombstoning and rag-doll (Photo: AFP)

London: Brexit, the year's key political term, along with glam-ma and YouTuber are among the 500 new words, phrases and senses added in the Oxford English Dictionary's latest quarterly update released today.

Brexit's inclusion in the Oxford English Dictionary (OED) December update within five years of being coined is highly unusual.

"The speed with which it became widely used and recognised was impressive, fuelled by the fact it filled an empty space in our language, and the growing importance of the phenomenon it described," said Craig Leyland, Senior Editor of the OED.

"Foreign language newspapers used it on their front pages to report on the referendum, knowing that readers in Italian, French and Polish would understand, Leyland said.

Just as Brexit itself had developed from Grexit, other words began to appear: Brexiteer, Brexiter, Brexit as a verb. Different forms of Brexit became key to the issue, with the addition of hard and soft creating new standalone terms.

"The word became a linguistic wellspring, pouring out new items at speed, even if some - Bregret, Bremorse, Brexodus - seemed to be trying too hard and none has yet shown sufficient durability to enter the OED," Leyland.

The word 'YouTuber' has been defined as a frequent user of the video-sharing website YouTube, especially someone who produces and appears in videos on the site, while 'glam-ma' refers to a glamourous grandma.

The December update also sees the addition of a number of words from the world of surfing such as tombstoning and rag-doll.

The Oxford English Dictionary is updated four times a year, every March, June, September and December since the year 2000.

The material added to the dictionary includes revised versions of existing entries, as well as new words and senses.