Some may shock, while others may leave you scratching your head. 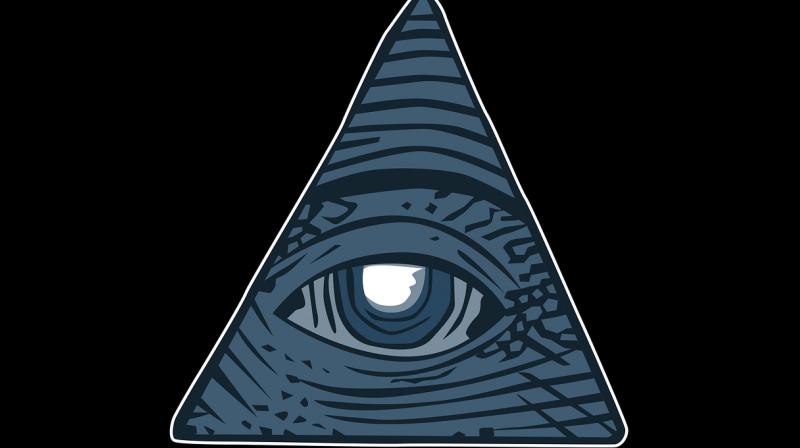 1. US First Lady Melania Trump has a body double

US President Donald Trump is no stranger to conspiracy theories. But earlier this year he found himself smack in the middle of one that gained a lot of traction and had a lot of people scratching their heads.

In October, many believed that his wife Melania Trump had been replaced by a body double. Now it's no secret the Trump family have been on the receiving end of some bizarre jokes. But this story blew after video emerged online that had many wondering: Is that Melania?

In a Facebook status, Andrea Wagner Barton, actress and comedian questioned if the person standing next Donald during a press conference was just a lookalike. She even shared video footage of the event filmed in the White House garden on October 13.  What gave a lot of people pause was Trump's repeated emphasis about his wife. The President is also heard saying "my wife, Melania, who happens to be right here...".

Even more suspicious was Melania never took off her glasses. Fact or not, the post went viral and received a lot of reactions.

Several conspiracy theorists claimed our time on Earth was coming to an end, as the world was going to end on September 23 this year. They believed signs in the Bible state that the rapture would begin on this day. Many YouTube videos and evangelical websites said the Rapture would be fulfilled with "the appearance of a woman clothed with the sun, with the moon under her feet and a crown of 12 stars on her head," The Sun reported.

Conspiracy theorists thought an astronomical alignment between the constellations Leo and Virgo would fulfil this prophecy. William Tapley, a YouTube Channel owner had published the first video about this alignment entitled 'Stellarium' in 2011. Thankfully, they were all wrong and we are still here taking in all that life has to offer.

Nibiru, also known as Planet X, is a mythical world that could trigger an apocalypse, conspiracy theorists claims. After it was established doomsday wasn't happening in September, they now say world leaders are spraying chemicals into the skies to hide this planet that could destroy us.

Matt Rogers explained his theory in a Youtube video."Our skies are being sprayed to cover up the truth," Mr Rogers said in one video. "They spray the skies at specific times of the day and times of the month, and the pattern of spraying is so blatantly obvious that they're hiding something," he added. While it may sound weird, a lot of people agree with him.

4. Interest for the 'Flat Earth' theory soared this year

Millions around the world believe the Earth is flat and according to Google trends interest for this conspiracy theory has been growing over the past two years. Data reveals searches for "flat Earth" has tripled in the past year. Even celebrities like NBA player Kyrie Irving and cricket player Freddy Flintoff believe our world is not globe. Many believers also have no love for NASA. They believe it to be a fraudulent organisation that shows us fake photographs and videos of our planet.

Flat Earthers have a strong belief that Earth is a disk and the Arctic circle is in the middle. They also believe the Antarctica is a giant ice wall that was built around the planet to prevent us from falling off the edge. "There is a growing sub-group of people on YouTube and in the world that have sadly regressed into this ancient belief that the Earth is flat,"  YouTube channel Secure Team states in one of their videos.

Now we all know that people can say a lot of strange and bizarre things. But what has to be one of 2017's wildest claims is the idea that NASA is sending children to Mars to be sex slaves. Robert David Steele, a guest on InfoWars made "The Alex Jones Show", which is broadcast on 118 radio stations across the United States (US). “We actually believe that there is a colony on Mars that is populated by children who were kidnapped and sent into space on a 20-year ride,” Steele said on the show. Adding, "So that once they get to Mars, they have no alternative but to be slaves on the Mars colony."

However, many were quick to point out, if this was in fact true, the children would no longer be kids as they would have reached their destination after 20 years. A NASA representative was forced to clarify there are no children on that planet. "There are no humans on Mars. There are active rovers on Mars. There was a rumour going around last week that there weren’t. There are," Guy Webster, a spokesperson for NASA’s Mars exploration told The Daily Beast. "But there are no humans."

After 50 years since man landed on the moon, conspiracy theorists believe they finally have proof that the moon landing was fake and staged. A photo of the Apollo 17 moon mission taken in December 1972 is circulating online. One Youtube user believes you can see the reflection of a "stagehand" in one of the astronaut’s helmet.

The photo was uploaded to YouTube in November this year by a user named Streetcap1. "What we appear to have here is a figure of a human not wearing a spacesuit, circa early '70s.... Apollo 17 photograph," he explained of the picture. "There was some dispute back in 2009 of the legitimacy of these photos," Streetcap1 says in the video. "You can see some, sort of, it looks like a man, back in the early '70s, long hair, wearing some sort of waistcoat-type thing...and a shadow of that figure presumably," he said.

His find has a lot of fellow conspiracy theorists excited, while others dismissed it as photoshopped. Do you think their just grasping at straws or could there be some truth to it?