What’s your cup of tea?

Black tea is the most widely consumed form of tea in India. 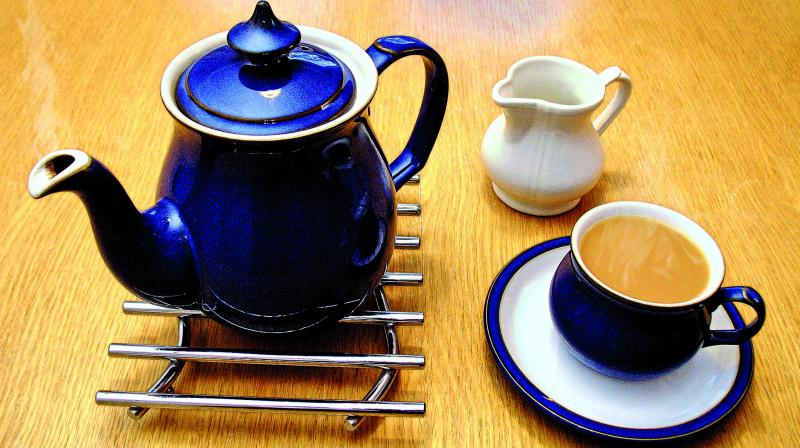 Green tea is the most commonly consumed tea variety in the world with immense health benefits.

In a constant search for finding a healthy, natural and hydrating alternative to water, tea tops the list. Consumed hot as well as cold, tea has been a treasured elixir. Today, people consider tea as more than just a beverage. The medicinal properties and the presence of antioxidants in tea result in many health benefits, ranging from weight loss to stress reduction. Let us dig into the health benefits of different kinds of teas:

Green Tea: Green tea is the most commonly consumed tea variety in the world with immense health benefits. The antioxidants in green tea have been found to help inhibit cancer growth. Since its discovery in China thousands of years ago, green tea has been curing countless people with a vast amount of ailments. Jasmine and chamomile green teas are extremely popular in all oriental cultures with the properties of the flowers complementing and boosting the goodness of green tea. Beverage companies have even come up with flavoured iced teas from green tea.

Black Tea: Black tea is the most widely consumed form of tea in India. Indians like their black tea with a concoction of well-brewed spices and herbs. Packed with antioxidants, black tea is known to banish fatigue, stimulate mental alertness, and raise energy levels. It has been shown to reduce stress hormone levels and acts as a nerve sedative, frequently relieving headaches. This is the most common form of tea used in iced teas.

Oolong Tea: Oolong tea is semi-green tea as the oxidation process is stopped just as the leaves start to turn brown, in the spectrum between green tea and black tea. Therefore, it is known to possess health benefits of both green and black tea. Oolong or semi-fermented tea contains more polyphenols than black tea, but fewer than the less oxidised green and white teas.

Oolong tea aids weight loss as the polyphenols in it activates the enzyme responsible for dissolving triglyceride (fatty deposits) and enhancing the function of fat metabolism.

White Tea:While black tea is the most oxidised tea, white tea is the least oxidised type, by virtue of which the medicinal properties of tea is kept intact. White tea can create a calmer but more alert state of mind. Studies have shown that the amino acid L–theanine found in the tea plant alters the attention networks in the brain and can have demonstrable effects on the brain waves. Simply put, tea can help you relax and concentrate more on tasks. Buddhist monks drank white tea to keep them from falling asleep during meditation.

Camomile Tea: This 100 per cent caffeine-free tea is made from chamomile, a flowering plant in the daisy family. Known to help insomnia, anxiety and stomach disorders, this tea can be consumed fresh as well as in dried form.

Mint Tea: Mint tea is made of mint leaves, such as peppermint and spearmint. It is 100 per cent natural and caffeine-free. Mint aids in digestion, relieves nausea, and even reduces flatulence. The smell of mint opens blocked breathing passages. It works as a great way to wake up in the morning – even though it is completely caffeine free.

Depending on the topography of a region, there are different types of varieties, blends, and styles of teas available in different countries. With such a great variety, everyone can surely find their favourite brew.

(The writer is the founder of Brewhouse Ice Tea)