Contentment in your life’s chosen vocation is what makes your life; there is nothing superior or inferior about it. 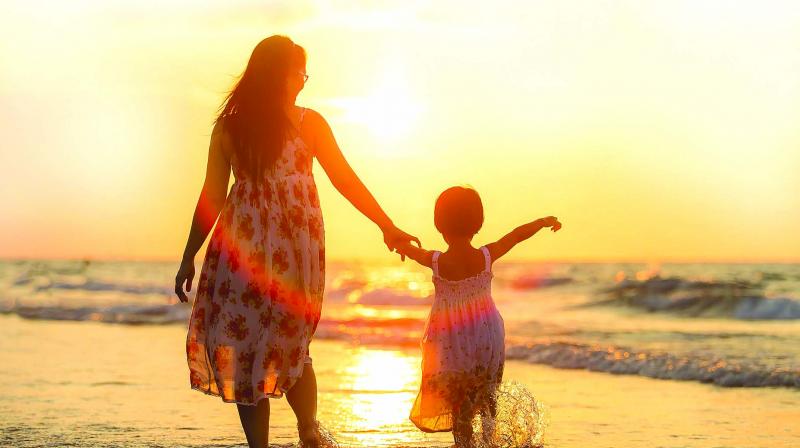 Empowerment is about choices that suit your life, pace and relationships.The rest is mere existence.

Melissa, a high-profile financial consultant with a status film, is in her office with her many assistants and executives to help her. Her husband is beyond proud. He, infact, takes credit for fashioning the simple CA graduate into this high profile professional.

"It was me,” he claims with puffed chest, “who told her to get her ass out of the bed (sic) and throw away the vacuous life of coffees and lunches with other ladies of the sort!"

Even outside work, her social circle comprises women who look up to her. Many girls in her group find it really difficult not to be in awe and feel dismally shoddy and unaccomplished in comparison. Many of her friends are after all "just housewives."

She certainly looks the part too, with a coiffed hairdo, gold-sparkly acrylic nails, and makeup and face maintained by the best at her beck and call.

You certainly think she's got a life. But as the wise saint has said, this existence is an ocean of discontent. Can it ever be with Melissa?

Yes, it can and is, right out the gate! She'd got married freshly out of graduation with her much-esteemed CA honours, which was also the entry-pass to marriage with a "filthy rich" husband. Her earnest ambition and inclination was to be the best wife to her husband, the caring daughter with the "in-law" factor redundant, to his parents. That would be the greatest accomplishment on her CV, which she could polish with her intelligence, education, and inclination. She’d conjure up great dinners and host family guests, put all at ease because she knew that was her heart's calling — not as a ‘mundane house-wife’ but a magnificent ‘home-maker’. She’d be nominated for Best Wife, Daughter-In-Law and, in the next two months, the Best Mother.

Her older daughter was 11 years old and the younger nine, who both had an educated caretaker who took them to ballet performances and more. Melissa heard their companionable laughter and it gashed her heart. Because not only was she exiled from it, her corporate-pressured self had become temperamental, intolerant with any contradiction, impatient, and snappy at every word. She knew this but that's how she had become. She really had little recourse to be the mother her newly married self had visualised.

And yet, here she is in this grand office with three deferentially attentive assistants. Beneath the successful facade is still young Melissa with her thwarted adorations, now bruising her heart and chaffing the soul. No time, no patience, no leisure of mind, and most of all, nearly bereft of the ability. Indeed a rusted ‘mother-figure’, and too late to be the companionable laughing shopper with the daughters. What she had become was a perpetually correcting, reprimanding, strident persona who is used to censure all around. Where on the way had she lost the ability to feel happy? She really couldn’t fathom. She could not be happy anymore. Her daughters moved around her on guard, with diplomatic and even fake agreeable sentences, lest one offends her.

Melissa cried tears in grief inwardly. Her whole life had failed. She had taken the easy way and become a robot, making motions that pleased the ‘audience’ so to say, for whom she ‘performed’ — Family, husband, social circle. How she longed to see herself making that prized apple pie or quiche, much like how her own mother had made for the family, dripping with love and affection. But the harsh reality was that she herself had changed; things had gone too far askew. Even as a wife, she'd become the extension of an office persona - snapping at the smallest lapse, biting the head off of anyone who disagreed even mildly. “It's all gone wrongly in my life. What am I calling even my life? It's not mine. Had I that time hugged my life, my convictions about it and lived it with the gumption of conviction and love, I’d have been a blooming, fulfilled, happy soul even if bumbling through it” she rues.

Even at the slow pace of being a homemaker, it would have been, at the very least, the happy terrain that she had desired, wanted, chosen and felt fulfilment with. And if that to ‘them’ meant “oh she does nothing, she’s just a housewife!” then so be it.

Would she care? Not one whit! She'd be too busily absorbed in making paintings, amidst bites of her own creations of comfort foods.

Humans thrive on choices that they can make for their own satisfaction. There is no ‘one shoe fits all’. It is maintained that the USSR, in spite of ensuring food, clothing, and shelter to all, fell through: Because man, above all else, prizes the freedom of choice.

The underlying message in my story about Melissa is that contentment in your life's chosen vocation is what makes life. There is nothing superior or inferior. Empowerment is about choices that suit your life, your pace, and your relationships. The rest is mere existence at best and may even slope to drudgery.