End is a beginning

While death can be scary to many — it is a door to another journey, a mere transition. 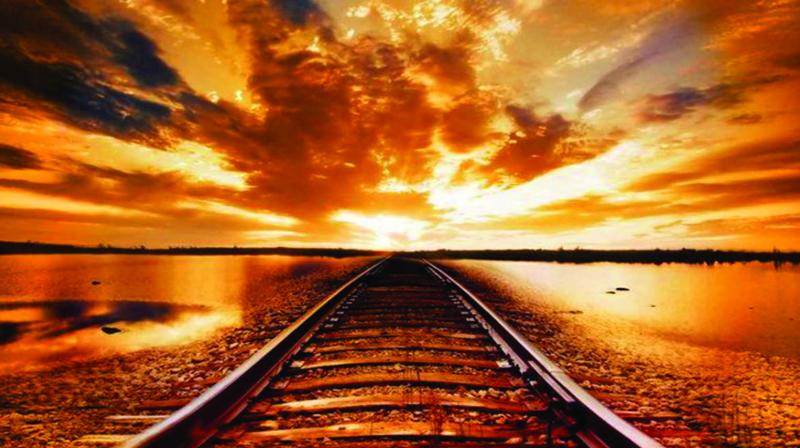 If the dying person feels the need to resolve something, by offering an apology, it’s best to address it.

The soul can never be cut to pieces by any weapon, nor burned by fire, nor moistened by water, nor withered by the wind. But it has its experiences, and the dying experience becomes an important event.

As a child, whenever I watched any mythological serial or cartoon, one thing I saw in common. Just when a person is about to die, a scary looking man, named Yamraj, appears and asks the person, “What is your last wish?” I used to find it very intriguing, how does it matter to a dying person, what his or her last wish would be.

Today, with all authority I can say, it is one of the most important thoughts you can have in your physical body. Otherwise, before a dreaded criminal’s death sentence why is his last wish asked for? It is not about the last wish, it is about the dying thought. It is that one thought, which definitely stays with the subconscious in its transition period and is a trigger for future lives.

Let me give you an example — I had a 26-year-old client named Hemant (name changed). He was born with a silver spoon, son of a billionaire, studied abroad, excelled at whatever he did, and returned to India at 26. Once back, his father asked him to head the company. He denied. He said, he has been feeling unwell for the past few months and was not ready for the leadership. Gradually, this bright young boy went into a shell and was not ready to lead a normal life. After trying everything, we met. I tried to understand the ordeals of his life, finding nothing major, we moved to his past life.

He saw himself as a prince of a large empire. There was a huge gathering, as people came from all across the country to celebrate his 25th birthday and coronation ceremony. Finally, he was to become the king. But, fate had other plans, his maternal uncle poisoned and killed him. As he was dying, his last thoughts were, “I would have stayed alive, if I was not to be pronounced King”. Now, in this life, when he celebrated his 25th birthday, this triggered in his subconscious mind and made him withdraw from all the actions leading to his promotion to the helm.

This one time, I met a great leader, he was working for  people at large. His dying thought in one of the lives was, “I served well, but I wish I could touch more lives”. In this lifetime he went all-out.

If the dying person feels the need to resolve something, or if we can set something right by offering an apology, it’s best to address it. According to hospice nurse Maggie Callanan, co-author of the book Final Gifts, the emotional needs of the dying are often more painful than their physical ones. Failure to address them can leave them so unsettled that they feel they are unable to die. We often see this in form of attachments with particular individuals who are not present, the consciousness waits for them.

In some of the traditions, when a person is sick or close to death, people sing devotional songs, chant mantras and read out religious stories. Many individuals, on getting closer to the end, try to indulge in so-called spiritual practices. But, for me, death is happening every moment. Each moment something dies, and a new creation takes place. Be it at the cellular level, thought, experiences or memories. It is about being aware of your thoughts; that is why meditation is a blissful state. It makes you aware of your being and allows you to surrender. What do I do? I don’t get attached to any moment; when it is done with, I let go. Hence, when death will knock on my door, I’ll just let go.

The writer is a spiritual seeker, the Karmayogi