As high-speed trains are being stripped of their fancy equipment, social thinkers talk about why our civic sense is missing. 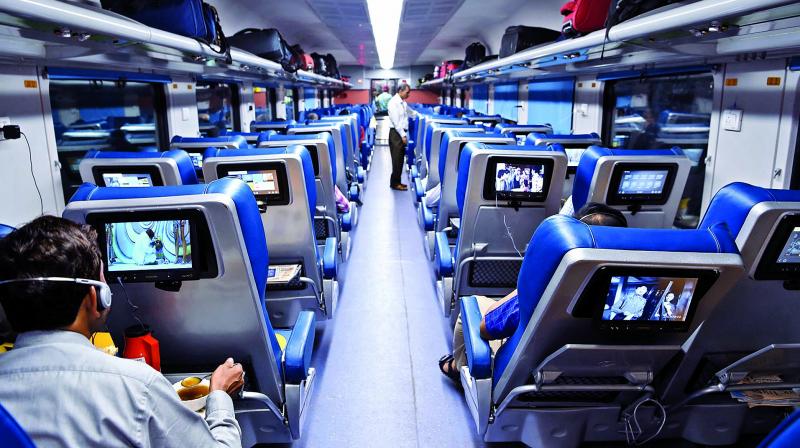 Following the destruction of LCDs by commuters, authorities have decided to remove them from both the trains.

Living in a metropolitan city offers one a life free from want. Right from doorstep facilities to high-end malls and easy connectivity, people in big cities live, and pay the right price, for their amenities. But civic sense is often lacking among people.

Case in point is the semi-high speed fully air-conditioned train fleets Tejas Express and the Anubhuti coach with the facility of LCDs for the entertainment of commuters. Giving travellers the facility to peal their time watching a movie or play a game has backfired on the Railways.

Following the destruction of LCDs by commuters, authorities have decided to remove them from both the trains.

According to columnist Anil Dharker, there is nothing new in such lack of civic sense from the society and he lists just some of the actions that lack civic understanding. “It is clear from the fact that in a bid to keep their house clean, people throw litter out of their windows! I know cases of used sanitary napkins been thrown on the road. And that we lack the basic sense of queuing up at public places,” rues Anil.

Calling it the worst example of destroying public property, he points towards the absent sense of community and respect. “We will behave well with our neighbours only because we need them. Urban living has certainly made people impersonal,” says Anil.

While he believes selfish and self-centred behaviour is at the root of such incidents, socialite Dolly Thakore opines on the lack of a value system.

“One could be educated but still not literate. Values were taught at a young age. These days, people are consumed with their everyday life problems to worry about what is going on in the world outside,” laments Dolly.

Though comedian Sorabh Pant agrees there is a problem, he can’t put a finger on it. “Such incidents don’t happen in other cleaner cities or generally cleaner spaces,” he says, adding that the area around an airport is clean, and so is the public space around Delhi Metro. “When people pass through cleaner stations, it automatically prohibits them from littering,” says Sorabh.

Echoing the view, Anil points that even at a remote level the littered roads leave a subconscious impact on the minds. “We see litter spilling out of public bins, scattered all over the road. Seeing it often makes it a part of our subconscious that tells us it is ok to keep the streets and roads dirty,” he sighs, adding that one will hesitate to litter roads abroad.

Holding that it is a gradual process to imbibe civic sense, Anil suggests persistent campaigns by the government might bring some change in the longer run.

At the same time, Sorabh says the key is not to give up and bring changes at the grass-root level. “Rather than investing money in LCDs, let’s improve the quality of stations. We should get to a speed that even being at a railway station becomes an experience in itself. The more we improve things the more people will start being responsible and appreciating the good they have,” he says.