People living in neighbourhoods with more birds, shrubs and trees are less likely to suffer from depression, anxiety and stress. 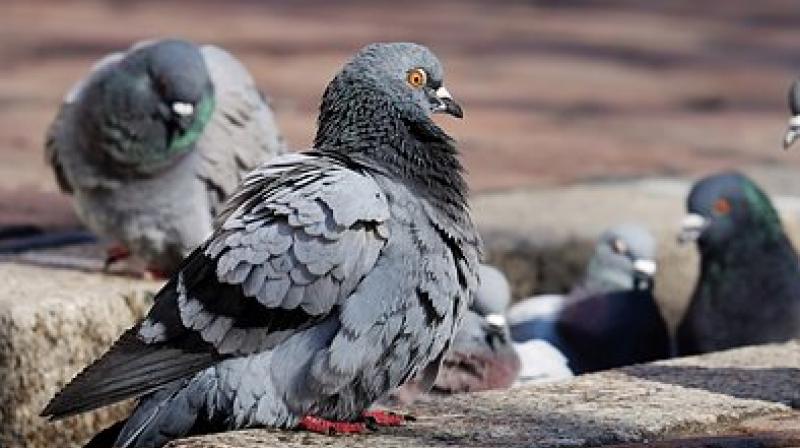 Understanding the relationship between the numbers of birds and people is important for how we manage nature and wildlife in towns, cities. (Photo: Pixabay)

People living in crowded urban areas are more likely to see birds that can cause a nuisance than those that make us genuinely happy, a study has found.

Researchers at the University of Exeter and the British Trust for Ornithology in the UK found that crowded urban areas have fewer songbirds such as tits and finches, and more potential nuisance birds, such as pigeons, magpies and gulls.

They examined ratios of birds-to-people and found areas of high-density housing have fewer birds overall.

People in green and leafy suburbs see up to three and a half times more songbirds and woodpeckers - which are associated with a positive impact on human wellbeing - than birds whose behaviours can cause a nuisance, the study found.

Previous research has suggested that people living in neighbourhoods with more birds, shrubs and trees are less likely to suffer from depression, anxiety and stress.

Understanding the relationship between the numbers of birds and people is important for how we manage nature and wildlife in towns and cities to promote positive nature experiences, while minimising the potential for conflict, said Daniel Cox from the University of Exeter.

We are not saying that all individuals of species such as pigeons, gulls, crows and magpies cause problems - many will provide people with positive experiences - but the behaviours of some individuals of these species can cause problems, such as noise, mess and smell," Cox said.

The study, published in the Journal of Applied Ecology, conducted extensive bird surveys across three towns in England: Milton Keynes, Luton and Bedford.

The researchers then analysed how the numbers and types of birds varied with human population density.

They looked at the ratios of birds to people of species that are generally positive for our wellbeing, such as species that can be attracted to garden bird feeders like tits and finches, and species of bird whose behaviours can cause a nuisance.