Rajiya Begum was forced into prostitution and Abbas Miah's wife left him due to his disability. 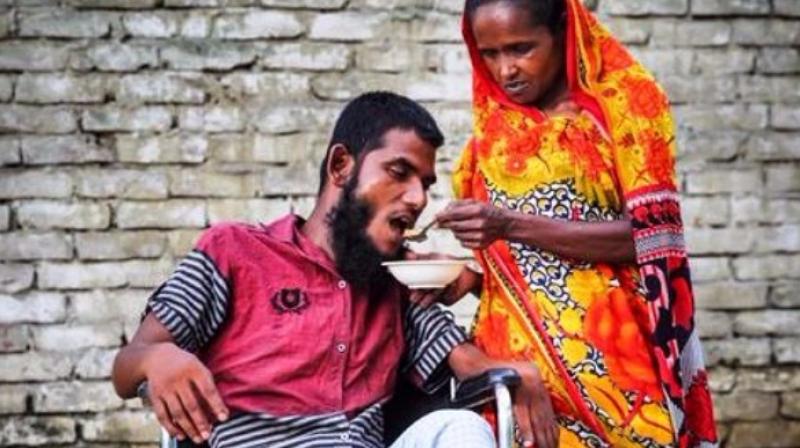 Life isn’t the same for everyone and in case of some it can come with a lot of challenges that make every day a battle for them. But having someone along through the struggles and finding love can make life beautiful even in the darkest of times.

One such story is winning hearts all over the internet right now, and it tells the tale of a former sex worker who found love with a disabled beggar. Rajiya Begum was forced into prostitution at a young age and despite trying to escape endured the ordeal of her life for the sake of her daughter.

In a world which had exploited her helplessness and forced her into a life she couldn’t reveal to her daughter, Rajiya didn’t expect anyone to support her without asking for something in return. But on rainy night Abbas Miah, a disabled beggar, approached the distraught woman and offered her money without expecting anything.

This was the first time someone had showed kindness to Rajiya and this one gesture changed everything. Upon finding Abbas under a tree and getting to know that his wife left him due to his disability, Rajiya decided to stay with him and push his wheelchair for a lifetime.

The couple brought together by sorrow is married for four years now as they support and make each other smile through all their difficulties. The story was shared on Facebook by photographer GMB Akash.