Chef Kunal Kapur is all set to take viewers on a fascinating journey of discovering hidden culinary gems from the royal kitchens. 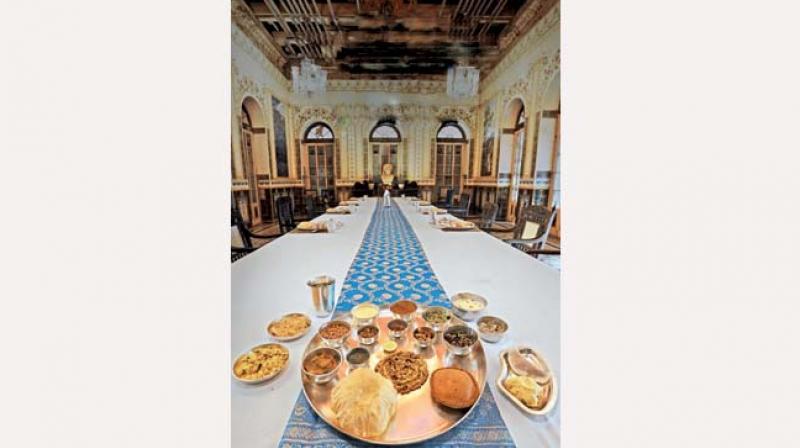 Elaborating on his discoveries during the royal food search, the chef divulges about haara maas made from paan leaves.

Having grown up in a joint family, chef Kunal Kapur’s earliest food memories are that of his male family members taking charge of cooking on Sundays. “As a child, I have seen my father and grandfather cooking in the kitchen. So while I was pursuing the course, I realised that food is something that I am very happy with. In a way, I have had an inclination towards it, but it got cemented when I joined hotel management,” shares the 39-year-old.

Known for his expertise in Indian food and bringing mouth-watering twists to traditional preparations, the chef will next be seen unearthing the rich culinary heritage of India’s royal kitchens in his show The Royal Palate. A non-fiction series on TVF, it promises to take viewers on a fascinating journey of discovering the hidden culinary gems from the royal kitchens of Rajasthan and Uttar Pradesh, to name a few.

But since a lot has already been chronicled about the royal cuisines such as Rajasthan’s laal maas, the chef insists that the show takes a closer look at the origin of each dish, which is lost otherwise. “While we touch the clichéd royal recipes, the series takes you on a journey to the depths, to the origins of laal maas. At the same time, we go on a journey to look at the food that has existed before and after laal maas,” he reveals.

Elaborating on his discoveries during the royal food search, the chef divulges about haara maas made from paan leaves. “It is added in the gosht during the making. We have unearthed the reasons behind using paan leaves, how it was used and what are the variations of this particular recipe. At the same time, we have verified it against facts from books and people,” says the celebrity chef.

According to the chef, as food evolves with every passing generation, we have lost track of the change in recipes over time. The upside to this, he points out, is the access to more food and the power to tune it as per palate. But talking about the downside, he says, “Initially, cooking was done depending upon the temperature, body type and environment, which is getting lost. This is what I am trying to trace down in Royal Palate. How and why a particular food item was made, the reasons behind using 15 spices in a preparation, it answers all these questions. The show is informative when it will tell you how spices were used specific to seasons and also acted as medicine for the body,” he smiles. 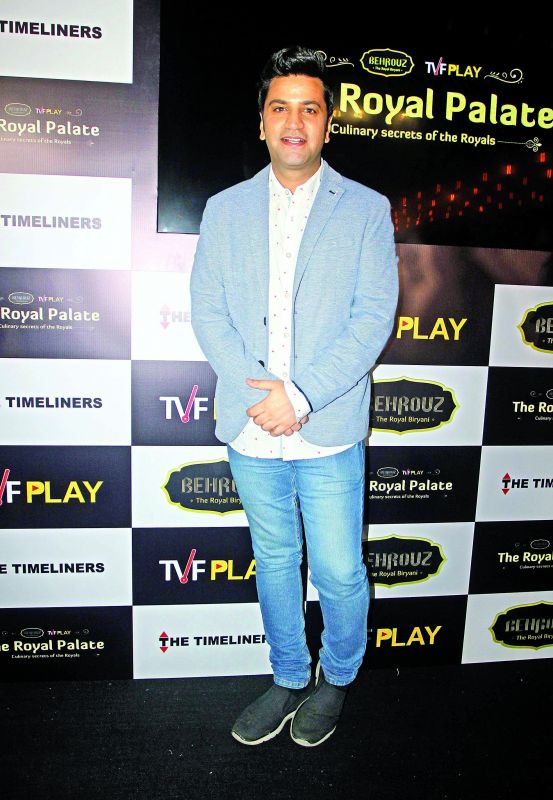 Out of his delicious finds on the royal tour, the chef is particularly mesmerised by the royalty of Rampur. His search took him to a library where he found century-old cookbooks talking about the competitions held among the chefs of different Nawabs, which became a source for surprising and innovative food.

His journey also took him to Kakori, the birthplace of Kakori kebabs and the chef is of the opinion that whoever masters these kebabs is hands down a brilliant chef in Indian food.

“It was very interesting to see how Kakori originally was and what people are eating today. After witnessing that, my thought process towards making Kakori kebabs has changed. I will never give it a twist, rather make sure that I learn the classic recipe and teach people the classic way of making it because twists are done-to-death now. It is time to go back and step into the royal era,” he affirms.

Labeled the ‘next big guy in kebabs and curries in India’, the chef’s unique discovery was the Ghutwa kebab, that actually gave birth to Kakori and Galouti kebab. “When these kebabs were being made, there was a lot of French influence in the Awadh region. So because of their presence, a lot of French food was also cooked during that time and local khansamas learned French food,” he shares adding that one of the episodes will show a hand-written cookbook by an Indian Khansama in the early 1800s that trained the local chefs in French food.

Lastly, when asked what inspired him to explore the royal cuisines of India, he says: “The show is a slice of history served with dollops of interesting sauces and twists. It is not heavy like a history lesson but has a lot of culture and Indian food. Somewhere, it is the royal food that trickles down to the common man of which we make our own version,” he concludes.