Blast from the past

A heritage tour through the Dhobitalao area reveals delightful trivia and stories from a time long gone past. 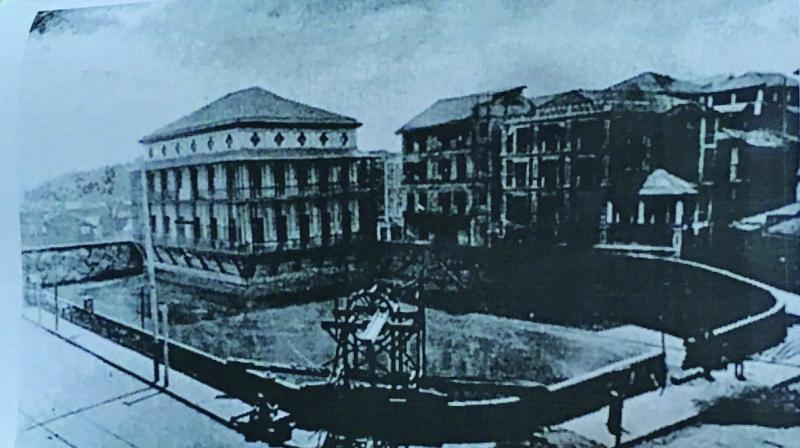 College kids come pouring out of the popular, pocket-friendly pub in Marine Lines, Sunlight. The restaurant, known for serving up reasonably priced alcohol, has 'heritage' value for college-going kids. About 100 meters away from the restaurant stands Bharat Gothoskar, with his legs parted over what looks like a pyramidal stone. Addressing an audience of 14 people, he reveals that the stone was of immense importance to travellers arriving in the city about two hundred years ago. Embedded in the street, the stone marks a one mile, or the first mile, distance from the zero point, which was St. Thomas Cathedral in Horniman Circle.

On a heritage walk conducted by Bharat Gothoskar, the founder of Khaki Tours, an organization that conducts heritage tours, participants were taken around the Dhobitalao neighbourhood of South Mumbai. Formerly a slave town, Dhobitalao was known as the Madagascar Town, and saw the surge and decline of the eponymous community due to the colonial rule. As participants took a leisurely stroll through the area, Bharat informed them about the heritage gems that lay hidden in plain sight. Bharat, who quit his job as Head of Marketing in 2015 to pursue his love for heritage structures, is well versed with political and demographical complexity of the area.

Gesturing at lanes in the vicinity, Bharat says, “I would love to show you where these precincts fit into the jigsaw puzzle that is Mumbai. This six-lane crossroads of Vasudev Balvant Phadke Chowk encapsulates the histories of communities belonging to different eras, while the Lokmanya Tilak road was once lined up with stones to divide English and native settlements.” On reaching Metro Cinema, he revealed how the Art Deco structure, built in the 1930s, was once a battalion ground. When passing by the Jer Mahal building, he explained how the building was once adorned with beautiful balconies, which were later demolished. Another grand fact lay in the Kalbadevi area, which was once the second biggest Parsi Enclave after Fort. The area houses all four of the Atash Behrams (highest order of temples in Zoroastrianism) in the city. 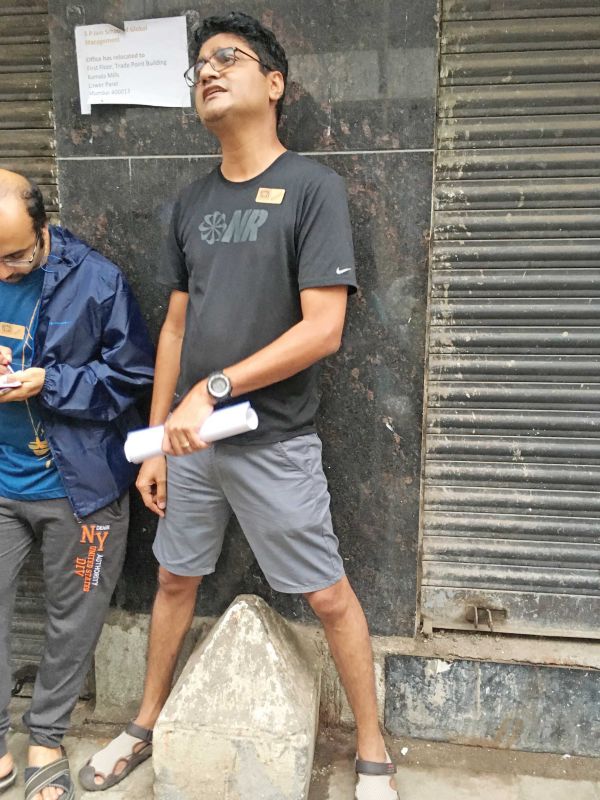 Bharat and the first milestone

What really makes this one and a half hour long walk a delight is that it combines a bit of mystery, a few stories, and the exceptional story-telling skills of our guide. For Bharat, keeping the audience interested and engaged is crucial. He says “A heritage walk is a performance, not a discourse. So, I have to keep the participants engaged. Sometimes, I create a hook, so that people ask questions. We narrate stories that make buildings come alive.” Talking about the hard work put in behind the scenes, he says, “It takes a lot of effort to research and get content, and it is even more challenging to weave all of it into stories. These are the tricks you have to use to maintain attention.”

The walk, which covers almost a kilometre's distance, goes on to reveal a Scottish burial ground and some of the best Art Deco structures in the vicinity, including Liberty, the last Art Deco cinema. One also chances upon the oldest sports shop in the world, the oldest Iranian cafe, the mystery behind the location of Gol Mosque, and the original location of the talao, due to which Dhobitalao got its name. 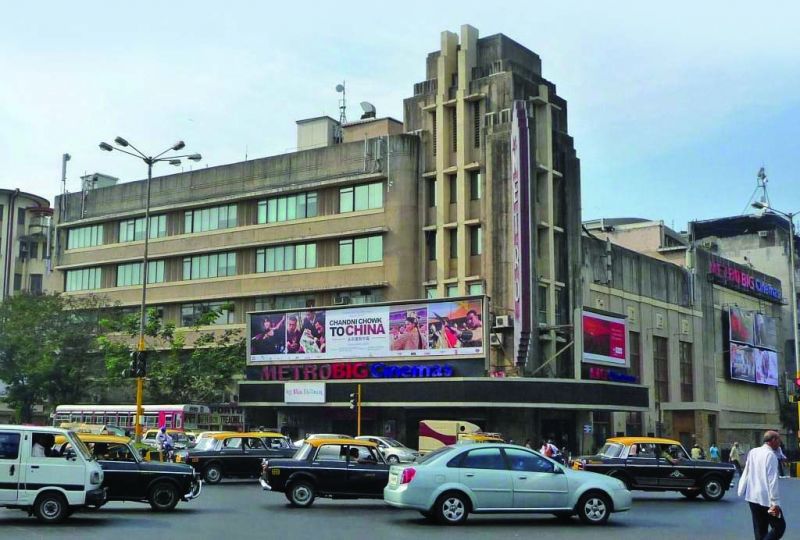 As the walk comes to a close, Bharat reveals that his organization has many other plans in store, “The aim of Khaki tours doesn't end with the end of this walk,” he says. “We call our mission heritage evangelism. I want people to go and talk to more people about heritage,” adds Bharat. Carol Lobo, a freelance journalist, who attended the walk says “ He (Bharat) lives and breathes the heritage. He is a good storyteller, and my own interest in heritage, makes me come back and attend these walks”.

Next, the company is all set to launch the Khaki Heritage Foundation, which will work towards conserving heritage structures and holding lectures on them.