The competition is expected to see the participation of at least 77 countries from across the globe. 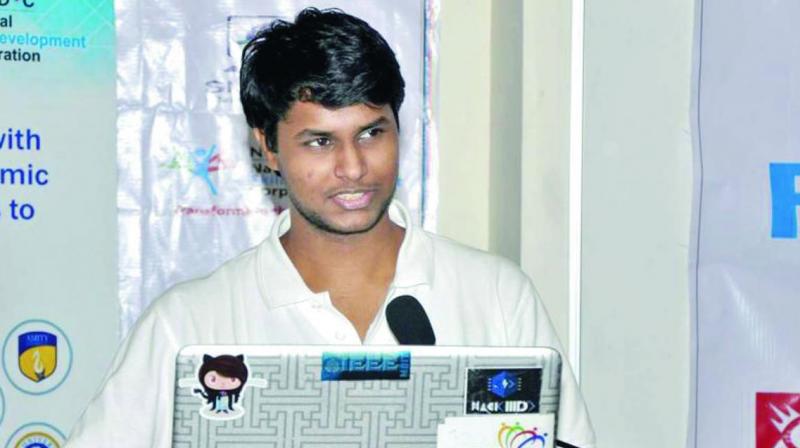 Meet Harsha Prabakaran who is all set to represent India at the Skill Olympics this October. Growing up amidst the many encyclopedias and scientific equipment, owing to his father’s profession as a physics professor, Harsha Prabakaran always loved science. “I’ve always had the fascination towards scientific equipments. What encouraged me more was when my science teacher urged me to participate in a science competition in my third grade and I won. Since then science and I are inseparable,” he shares.

After completing schooling, Harsha had the choice to either be a physicist in a lab, or an electric engineer. He chose the latter because of more availability of time and space to experiment.  Having completed his graduation from the Chennai Institute of Technology last year, the 20 year old has already won ‘Gold’ at the National level (India Skills) last year and has his own lab set up to train everday.

Explaining more about the difficulties in the competition, Harsha states, “We had four modules in our product design task — hardware, embedded, fault finder and assembly. We had just 17 hours to complete it. It was stretched over a span of four days but it was stressful.” WorldSkills also known as the skill Olympics is a platform that showcases the value of skills and raising the recognition of skilled professionals worldwide. With various categories like construction, merchandising, creativity, servicing, technology and more, Harsha will participate in the Electronics category. The competition is expected to see the participation of at least 77 countries from across the globe. The winners will receive medallions for Excellence and the Albert Vidal Award.

When asked about his preparation for the Skill Olympics, the youngster concludes, “All this while, I have only competed for myself. Now I have to compete for India; I am carrying India’s name. The feeling is paradoxical — I feel proud and nervous at the same time. I will do my best at the internationals!”