What an odd move

The Odd-Even initiative is making a comeback to the city this November. 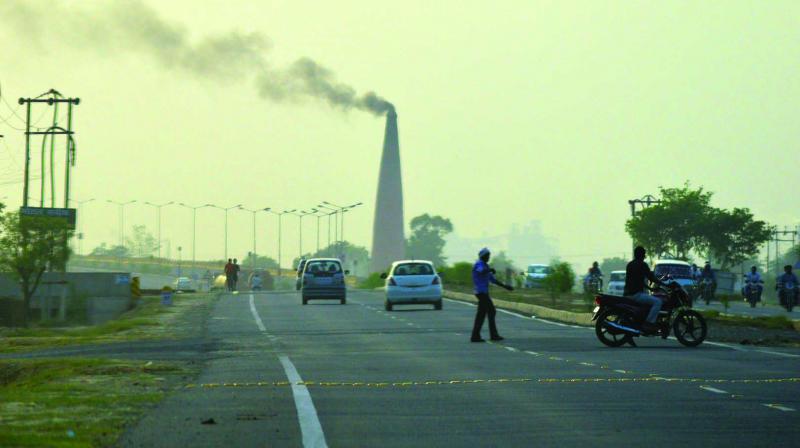 The move to exempt women from being affected by the scheme due to safety reasons has also irked some.

Delhiites might feel a bit of deja vu this winter as the Delhi government plans to bring the much talked about ‘Odd-Even’ rule back into action soon. Chief Minister Arvind Kejriwal announced the ‘Parali Pradushan’ and winter Action Plans to combat air pollution during winter months, to tackle incoming crop burning smoke from neighbouring states, caused by burning of crop stubble. This time around the restrictions will be enforced on private cars and two-wheelers, while women drivers will be exempted.

While the Chief Minister says that studies have shown that the scheme has previously reduced air pollution in the city by 10-13 percent, city residents feel that it is not a solution. “Odd-Even vehicle driving is not a permanent solution for pollution control. This causes unnecessary inconveniences for the public. Rules should be made to help the public and not to punish them,” feels Santosh Singh, a Delhi resident. Chartered accountancy student Karan points out, “My exams start from November 1 and end on November 15. Sometimes the examination centers are so far that it is difficult to reach on time. Sometimes even the metro routes are very long and of no help. In such situations, not being able to use our vehicles becomes very difficult.”

Some city residents support the cause due to environmental reasons but also feel the brunt of it. “I am okay with the move but I work in night shift, due to which I leave my office really late. So, if I take my car on an odd day and return after 12 am, how will I manage if the police pull me up?” wonders city resident Aditya Malik. He also speaks about how the unavailability public transport at odd hours of the night affects people like him.

The move to exempt women from being affected by the scheme due to safety reasons has also irked some. “I think all laws should be made equal for proper implementation. I know Delhi isn’t a safe city but the idea of the scheme is to protect the environment, after all,” says Devyani Sawhney, a city based student.

Environmentalist Deepak Kumar feels that while this idea sounds good on paper, it won’t help much in reality. “This effort fails because heavy vehicles like trucks also produce harmful emissions. The government has to put a ban on any vehicle that produces a lot of carbon emission. It is a unique idea, but under the situations of NCR, it is not worth all the trouble. Only a complete ban on heavy emission vehicles can help,” opines Kumar. Lack of pollution check equipments of carbon emissions in the vehicles also adds to this problem, he believes. Kumar further adds how many local people still use their cars regardless of odd or even license plate where no one is there to enforce the rule.

This announcement comes after the Chief Minister sought suggestions from the public on how to prepare for the crop burning smog season. In one week, the government received 1,200 emails from citizens. These suggestions led to the creation of the Parali Pradushan Action Plan. The Odd-Even plan will  not be applicable on the weekends. Explaining the government’s strategy to combat pollution post-November, the chief minister said in a press conference, “In the rest of the winter, the Parali Pradushan Action Plan will turn into the Winter Action Plan, without Odd-even and the Community Diwali program.”