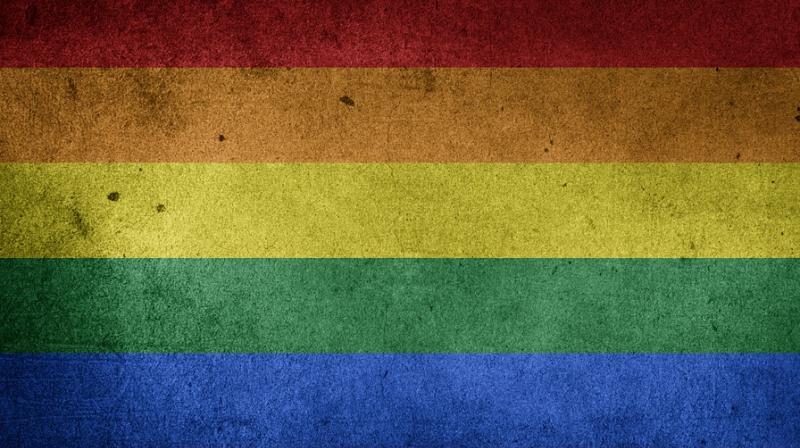 YOGYAKARTA, Indonesia: Shinta Ratri, the matron of an Indonesian Islamic boarding school, corrects the pronunciation of a group of fellow Muslims as they chant the phrase “only one God” in Arabic and prepare to pray together.

Nothing unusual in that, except that these worshippers, gathered in a cramped residential neighborhood of the city of Yogyakarta, are all transgender women in the world’s largest Muslim-majority country where hostility against them has surged, forcing many underground.

Rights activists say hardline Islamist groups are fast eroding the country’s long-standing reputation for tolerance of minorities like the “waria” – a portmanteau of the Indonesian words for “woman” and “man” – as the trans community is locally known.

Ratri, 56, and her students and friends witnessed this intimidation first hand in 2016, when vigilante Islamists mobbed the Pesantren Waria Al-Fatah school and forced it to shut down.

Yuni Shara, 51, described how a group of “aggressive” men in white robes and skull caps descended on the school after Friday prayers.

“I felt angry that my freedom, especially my freedom of religion, was being violated,” said Shara, who lives at the school. “... Even the state can’t fully guarantee our safety from these groups,” she added as she took off her wig and make-up before joining the others in prayer.

The school, set up in 2008, was empty for months after the raid but people have gradually begun to return to what is now widely considered a safe space for the waria community. But while the school is accepted by its immediate neighbors, opposition remains.

“We believe it is our duty as Muslims to prevent this kind of LGBT behavior and forbid it,” said Umar Said, a senior cleric with the hardline Islamic People’s Forum which forcibly shut down the school two years ago.

While FUI does not “go looking for” waria, the group remains committed to preventing them from promoting their rights. Being transgender is a disease that can be cured through prayer, he said.

Historically, waria and other gender-fluid communities have been an accepted part of Indonesian society. The Bugis ethnic group on Sulawesi island for instance traditionally recognizes five genders, including one that is said to “transcend”, or combine, the female and male.

Homosexuality is not regulated by law in Indonesia, except in the ultra-conservative province of Aceh where same-sex relations are banned. But parliament is considering revamping the national criminal code to impose restrictions on consensual sex outside marriage – a move that activists say could be used to target the lesbian, gay, bisexual, transgender (LGBT) community.

“AT PEACE WITH GOD”

Even without legal barriers, many in the LGBT community face ostracism from their families and communities, discrimination in looking for work and, in some cases, violence and humiliation.

Many waria, banished from their homes, end up as sex workers, including some who have slowly started to gather again at Ratri’s boarding school to pray. For Ustad Arif Nuh Safri, a preacher at the Yogyakarta boarding school, embracing the waria is part of his duty.

During a Koran study session, Safri encourages his congregation to ask candid questions about their sexuality and how it affects their relationship with God. “As long as we can connect with each other on a human level, we can accept each other the way we are,” Safri said, adding he believes most Indonesians are as “open-minded” as him.

Ratri, dressed in a purple head scarf and bright red eye-shadow and lipstick, says it is this openness that allows the otherwise shunned waria to “make peace with God”.

“As waria, we are already under huge psychological stress,” she said. “Here we can believe we are not sinners for being trans.”