When we eat, we perceive not only just the taste and aroma of foods, we get sensory input from our surroundings - eyes, ears, even memories. 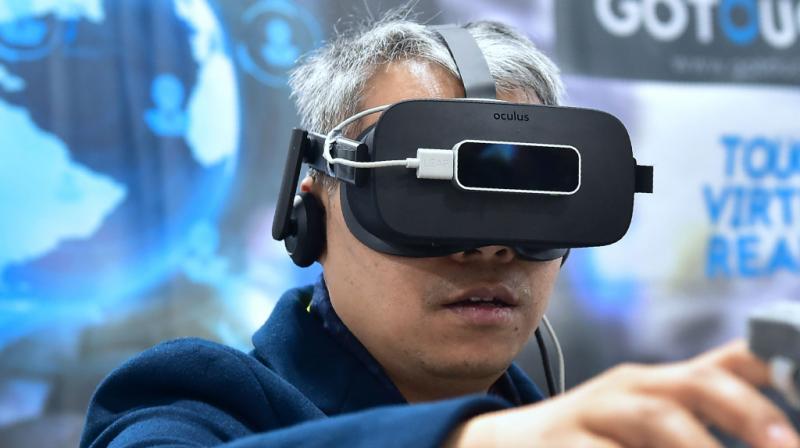 Our environment is a critical part of the eating experience (Photo: AFP)

New York: People's perception of real food can be altered by using virtual reality, according to a study which found that environment plays a critical part in our eating experience.

Humans not only relish the sweet, savoury and saltiness of foods, but they are influenced by the surroundings in which they eat, according to the study published in the Journal of Food Science.

"When we eat, we perceive not only just the taste and aroma of foods, we get sensory input from our surroundings - our eyes, ears, even our memories about surroundings," said Robin Dando, an associate professor at Cornell University in the US.

About 50 panelists who used virtual reality headsets as they ate were given three identical samples of blue cheese.

The study participants were virtually placed in a standard sensory booth, a pleasant park bench and the cow barn to see custom-recorded 360-degree videos.

The panelists were unaware that the cheese samples were identical, and rated the pungency of the blue cheese significantly higher in the cow barn setting than in the sensory booth or the virtual park bench.

To control for the pungency results, panelists also rated the saltiness of the three samples -- and researchers found there was no statistical difference among them.

The purpose of this project was to develop an easy-to-implement and affordable method for adapting virtual reality technology for use in food sensory evaluation, said Dando.

Our environment is a critical part of the eating experience, he said.

"We consume foods in surroundings that can spill over into our perceptions of the food," said Dando. This kind of testing offers advantages of convenience and flexibility, compared to building physical environments, researchers said.