‘Long live quick fix’ seems to be the hymn for this weekend, as Global Citizen’s Coldplay concert’s ‘earned’ tickets go for a high premium. 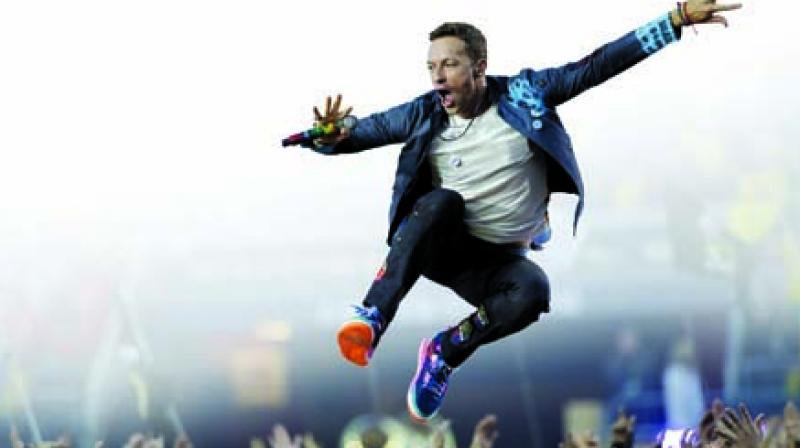 The Global Citizen India concert, featuring Coldplay and other popular artistes including Jay-Z is to be held this weekend, and the excitement around watching these international acts for the first time ever in India is only building up stronger. When the charity concert was announced in September, the organisers had made it clear that this was going to be a gig unlike any other, with fans having to ‘earn’ majority of tickets available for it. Close to 50,000 Indian youth to complete certain tasks that included tweeting, emailing, and signing certain petitions to create awareness, as well as inspecting public toilets and classrooms around them.

However, this has also allowed the ‘jugaad’ junta, not too keen on watching the British band live, to make a quick buck on the side. Stories of people, who won the Action Journey tickets by completing the tasks, selling off their tickets for a few thousand rupees is not uncommon in the run-up to the concert.

Despite trying to make the ticket distribution watertight, the sellers have found a way to sell off links generated by Book My Show, ticketing partners for the concert, to make a profit.

Says a shocked Aishwarya Narayanmoorthy, “I was really surprised when I discovered this. In fact, I even got in touch with the people at Book My Show to let them know about this.” The 23-year-old media executive won the tickets in the very first draw. “I decided to give the plus one invite I won with my ticket to a friend. Global Citizen India has prohibited selling of tickets and the AJ passes are not even transferable. But the fact that the tickets carry no names makes it easier to buy and/or sell them off,” she rues.

Another student on the condition of anonymity admits that he’s selling off some tickets. “People registered from 50 different accounts and did everything the website asked them to do. The tweets, emails and petitions required to fulfil these tasks were readymade, so all one needed to do was just hit share. And since it was a draw, some accounts of the 50 registered ones won the passes. All the seller needs to do is put up the registered account along with the tickets. It’s almost as if the buyer went through the entire process by himself,” he explains.

Several people are now selling their tickets off, simply because there’s big money on the table now. Maitri Shah, a public relations executive from Mumbai, says she’s blown away by the amount of money people are willing to shell out to watch Coldplay. “I have two passes and I don’t know who to take with me. People are paying a crazy amount of money for these. I heard the asking price went up to `40,000! If I’m getting a couple of thousands by giving away a guest pass, then why not?” she casually asks.

Aishwarya largely remains confused about the ambiguity in ticket distribution. “It’s really bothering me. I can only assume Book My Show and Global Citizen India weren’t well coordinated enough to leave out such a loophole. A lot of people are also randomly messaging me and asking me for my guest ticket. They didn’t do anything to create awareness, and so they don’t deserve a pass,” she firmly concludes.

When contacted, a Book My Show spokesperson said, “BookMyShow and Global Citizen India have already jointly taken the necessary precautionary measures to curb any illegal attempts regarding transfer or resale of tickets earned through Action Journeys. The process ensures that the email addresses of the Global Citizens who have earned the tickets are locked to the redemption page right at the onset to ensure that only a valid winner claims the tickets. The guest details remain flexible and we will allow updates to the guest profile once before the festival. We have also repeatedly communicated that all Action Journey tickets are non-transferable and that all ticket holders are required to carry a Government authorised identity proof with them at the venue for cross reference at the entry gates. In order to further validate the entry- the tickets have magnetic ink features to ensure greater security. BookMyShow also deliberately completed the home delivery of tickets just 10 days before the festival to furthersignificantly reduce the window for any illegal attempts.”

How the ‘jugaad’ works:
Participants who completed action journeys were eligible to participate in a lucky draw. Winners of the lucky draw were allotted a ticket for themselves, and one for a guest. The guest pass, of course, is transferable. Once you get a ticket for winning the draw, one was given a Book My Show link that asked them to fill their details as well as the guest’s.  A physical copy was home delivered in a few weeks’ time. However, since the actual physical tickets have no identification, or a way to link it to the winner, they’re easy to sell off. Alternatively, a lot of people are also selling off the extra email IDs they created for participation purposes specifically, as a way to make the exchange look
legitimate.