The women are seen holding on to the cash register as two of them kept landing punches on the robber's head. 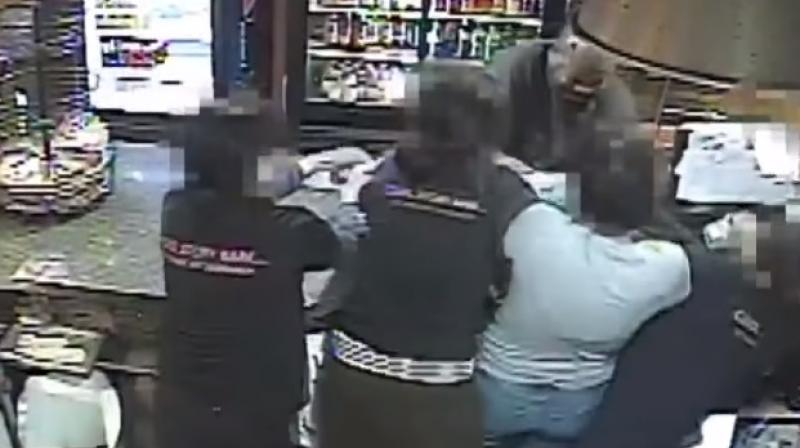 The thief eventually gave up and ran for his life (Photo: YouTube)

Despite efforts to maintain law and order across the globe, thieves often manage to give authorities a slip. But time and again common people have displayed extraordinary courage to show how vigilant citizens too can make society safer.

A robber in Washington DC probably thought he could get away with stealing cash from a takeaway restaurant. But as he reached for the cash register, the thief was shocked when four women confronted him and put up a fight.

Security footage shows the women holding on to the cash register as two of them hit the man on the head. As they keep landing punches the thief gives up and decides to run for his life.

While the women weren’t hurt, the thief only managed to take $30.