AAP leader in Mumbai, Priti Sharma Menon, questioned whether they belonged to Avni. 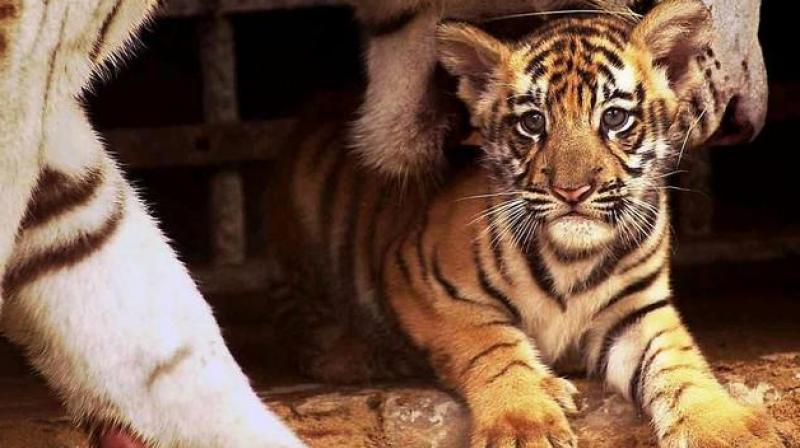 They are suspected to have been crushed under the Gonaida-Ballarpur passenger train (Photo: AFP)

Mumbai: Two tiger cubs, about five to six months old, were found run over by a train near Chandrapur in Maharashtra. The cubs had been spotted several times by the villagers of Junona near Lohara in Chandrapur district. At around 7.30 am on Thursday, they were found dead on the tracks. They are suspected to have been crushed under the Gonaida-Ballarpur passenger train, local sources said.

In another development, a group of forest officials spotted two cubs of tigress Avani at Pandharkawda forest in Vihirgaon village in Yavatmal district on Thursday. The forest officials have been on the lookout for them since their mother was killed on November 2.

“The two cubs were seen walking together, which means they are fine,” said assistant principal chief conservator of forests Sunil Limaye.Avni, who had turned man-eater and had killed 13 people, was shot dead when she tried to attack the forest officials whose attempt to dart her had failed. Avni’s killing led to a war of words and a series of allegations against state’s forest minister Sudhir Mungantiwar.

Earlier, after reports of the death of tiger cubs in Chandrapur came, AAP leader in Mumbai, Priti Sharma Menon, questioned whether they belonged to Avni. She said the manner in which the cubs lay on the track suggested no signs of trauma or injury as such an accident may have caused.