Woman with a camera

The director believes that people are hooked on to stories and not to issues. 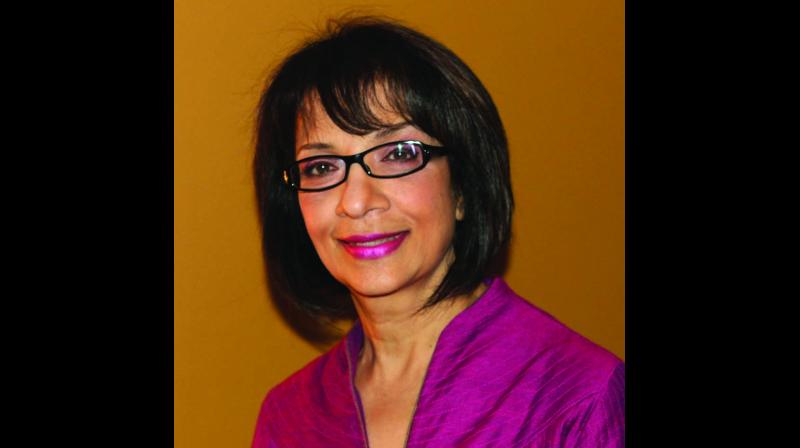 A veteran filmmaker who depicts hard-hitting realities on screen, presents an intimate portrait of survival in the face of horrific personal tragedy with her latest film.

Documentary films provide the best of visual as well as intellectual engagement. And if the film you are watching happens to be by filmmaker Lalita Krishna, who has been producing and directing documentaries for over 20 years, you can only expect hard-hitting, socially aware, high quality content.

Her latest work, Untying the Knot, is no different. Krishna’s films have made it to all major networks in Canada and they have also been shown at prominent film festivals worldwide. After all, they happen to be based on important topics, and often pose as catalysts for change.

The director’s subject matter, in her own words is “(stories) driven by strong characters and I consider it my privilege that they trust me to bring their stories to a wider audience.” Untying the Knot follows a similar trajectory. It documents the story of Rumana Monzur who was a student in Canada when her husband gouged out her eyes in a vicious attack after she asked for a divorce. “The documentary is a story of resilience and courage and we trace Rumana’s story by also showing the lives of three other women who live different chapters of Rumana’s life,” continues Krishna. She also reveals that the film is a commentary on marriage and expectations of women’s roles after marriage — hence the title.

One of the biggest challenges that the director faced was to find a woman who would agree to be on camera and tell their story of abuse. “We found some courageous women who wanted their stories to be documented because they don’t want anyone else to go through what they had experienced.”

Talking more about the film, the director continues, “It would have been easy for us to make a film focussed on the abuse as we did have some graphic footage. But instead we chose to focus on survival and courage. At the end of the film you don’t feel sorry for Rumana, you admire and respect her determination.”

Before she become a filmmaker, Krishna started out from Delhi, working in advertising, and learned to get the audience hooked in just a few-second-long bites. She then got employed at a TV station in Canada where she worked on a series on feminism and got to make a mini-documentary, in which she had to tackle some serious issues. The shoot changed her life, as she knew she had found her metier.

The director believes that people are hooked on to stories and not to issues. She says, “If you focus on an issue people tune off very quickly, so we avoid statistics or experts and instead we focus on the human aspect of the story, which compels the audience to ask questions.”

She also talks about her previous works such as the film Tiger that presents the story of wrestling legend Tiger Jeet Singh. She continues, “I also did a story about the first doctor from Trinidad and served black communities in Halifax, Canada. I do want to change the image of mainstream media in North America and talk about heroes from South Asia, African, and Caribbean communities.”

Krishna’s upcoming work is called Bangla Surf Girls, a film about the empowerment of girls through sports. “We follow three girls who find independence and release from the drudgery of their lives through a local surf club. Another film that I am a co-producer on is called Fear of Dancing where the director confronts his own fear of dancing and also deals with deeper issues of social expectations, body image, and in a light, humorous vein. Both films will be released next year,” she says, on a concluding note.