Feng shui masters predict claws out in Year of Dog 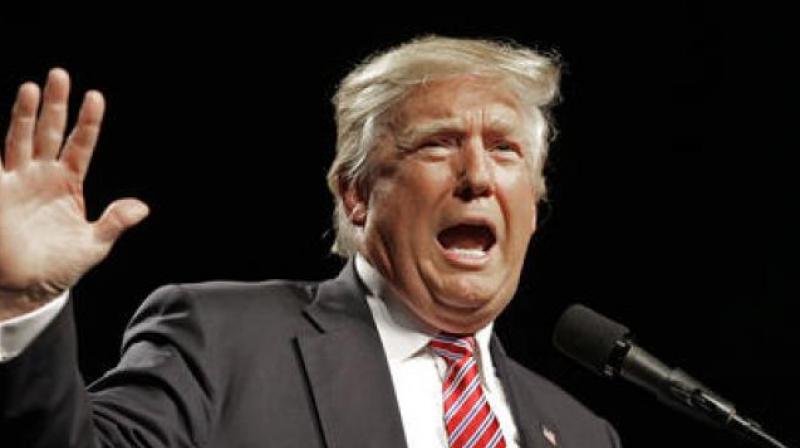 As the Chinese zodiac switches into the Year of the Dog later this week, Hong Kong feng shui experts predict anything but a walk in the park for global leaders.

Born in another dog year, 1946, United States president Donald Trump faces a run of bad luck, according to soothsayers, as his zodiac animal clashes with 2018's canine theme.

Feng shui -- literally meaning "wind-water" -- is influential in many parts of Asia, where people adjust their lives and carefully position items such as a cup of wine or pieces of crystal in offices and homes to maximise their luck and wealth.

The philosophy says that all events are dictated by the varying balances in the five elements that make up the universe: metal, wood, water, fire and earth.

The fire in Trump's own birth chart will foment and affect his health, says feng shui master Thierry Chow, while his words -- the fire element also represents speech -- may bring about "real problems" and tangible consequences.

"The elements are too much fire and too much earth, so that's going to be causing him imbalance in his fortune," Chow told AFP.

Chow uses the "flying star" system to make her predictions based on constellation positions, foreseeing more tensions between the US and North Korea, which is afflicted by the most malevolent number five star.

She also warned of the risk of crossed wires between Trump and China on the thorny issues of trade and the economy.

"The seventh star is falling onto the east side -- the star affects communication, it causes gossip and misunderstanding," says Chow.

Feng shui runs through life in Hong Kong, with many people seeking advice from masters before making important life decisions, from picking a wedding date to choosing a new home.

Each year, brokerage firm CLSA comes out with its own Feng Shui Index, predicting what the next 12 months holds for the business world.

In 2018, it divined that the internet, utilities and technology sectors would perform with flying colours.

All are categorised as "fire-related" industries, and will do particularly well between May and July, feng shui experts said.

However, with the city's bourse going through a rollercoaster of highs and lows, the brokerage masters advised a cool head to navigate the earth dog market.

"The dog represents duty and loyalty and is a sign of defence and protection," it said in its public predictions.

"Entrepreneurs should stick with their most loyal clients, and investors are advised not to bite off more than they can chew."

Away from politics and finance, Chow predicted a happy wedding for Britain's Prince Harry and Meghan Markle, who will tie the knot in May.

The earth element represents royalty in the Chinese calendar and combined with the image of a candle associated with May in the traditional almanac the elements are aligned for a day of celebration.

"I think it will be very smooth -- it will bring very good things to the country and good energy to the world," Chow said of the marriage.