People stuck in traffic filmed a video of the big cats and posted it on social media. 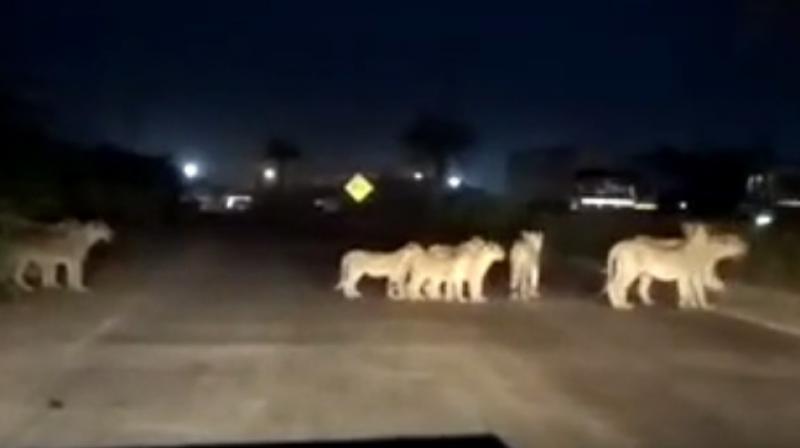 The king of the jungle showing who's boss (Photo: YouTube)

People across the world flock to sanctuaries for safaris to spot big cats in their natural habitat, but these big cats have often been moving out of their habitat to pay a visit to unsuspecting humans.

After a lioness thrilled villagers near the Gir forest in Gujarat, another video has gone viral where a group of lions can be seen roaming around on a busy highway in the state as the traffic was blocked until the lions passed safely.

The video was filmed by people waiting on the highway as the king of the jungle once again showed everyone who’s boss.