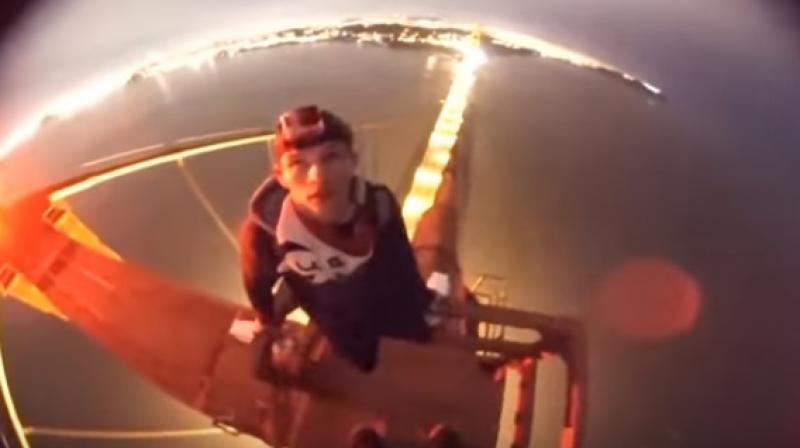 Teatime said that while the act is illegal, it is a must-do for explorers as it is has an amazing view and is also the tallest structure in the US. (Photo: Youtube)

There are many teens who take up dangerous stunts for the thrill of it and they are often unbelievable for many who think it is really scary. Two US teens got their adrenaline kicking when they recently climbed the Golden Gate Bridge without any gear and the video has now gone viral.

According to a media report, two boys, Peter Teatime and Tommy Rector posted a video of themselves climbing the bridge in San Francisco. Interestingly, while many would take precaution and wear safety gear, they do not have any and mindlessly climb the bridge. They even hang off the railing with just one leg on top of the 745-foot bridge without any fear.

While the video has gone viral, there were no authorities around at the time of the stunt and isn’t sure if they have got the footage yet. Teatime said that while the act is illegal, it is a must-do for explorers as it is has an amazing view and is also the tallest structure in the US.