Gamers have reason to rejoice. You can now access your favourite PC games on your mobile device using the Steam Link app. 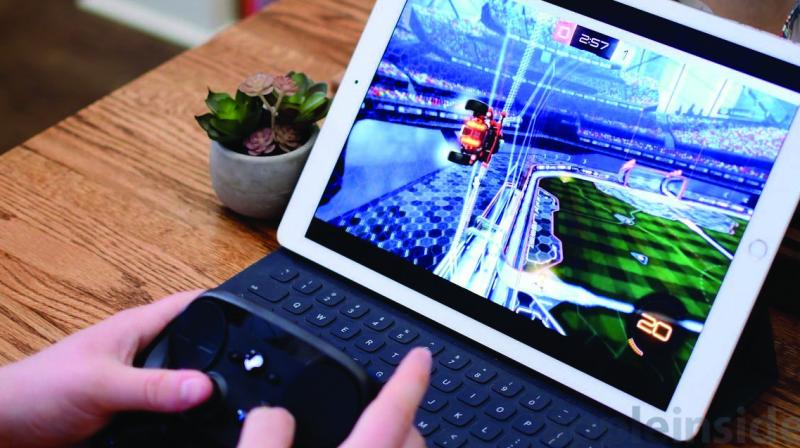 In the meantime however, avid gamers can still play PC games on their mobile devices.

While gaming services like Google Stadia and Apple Arcade will allow users to play streaming games without any special hardware to run them, they are not yet out and it will take even more time to come to India.

In the meantime however, avid gamers can still play PC games on their mobile devices.

That’s where the Steam Online game store — which is now almost synonymous with PC gaming, comes in handy.

It provides access to purchase AAA titles as long as you have an Internet connection. But there may still be times when you don’t want to sit in front of your PC and yet play games that are in your library.

Ashutosh Verma, an app Developer of NotifyNominee says “We have already seen a big move from desktop based application to cloud-based applications and SAAS. PC-based games are no exception.

I think with the availability of faster internet and better processing power in mobile phone and tablets is increasing, we will be getting an equally good experience while steaming PC games on our mobile phones.

Although currently, Steam Link provides access to our PC games on mobile phones that are connected to wifi locally, and I think in the near future the same will be available over the Internet making it possible to play while we are away from home.”

Naturally, the first step is to install the app, which looks quite similar to big picture mode if you’ve used it before. The idea behind Steam Link is that you can play your game titles in your library, and your PC would take care of all the hard hitting while your mobile device acts as a display and controller, similar to how Google Stadia would work. The only difference here is that your games are running only on your PC and Steam Link is only available via your local wifi.

Since the app runs on your PC, the system should of course, be booted up and running. Open the app to find a list of PCs running Steam on your network. Tap on yours to get a link code, and then type it in to get linked.

While you can use a Bluetooth controller or use the on screen controls to play, the former would be more comfortable to use. Make sure to connect your phone to a 5 Ghz connection and have your PC hardwired to the router to get the best possible gaming experience.

Steam Link is available on Android and Apple ioS. Almost a year after it was first rejected by Apple, it is now available for Apple users. Already available on Android, the app allows users to stream their Steam library to Apple devices including iPhone, iPad and Apple TV “via 5Ghz network or wired Ethernet to a host computer running Steam.”

One of the settings you can change on the app is the quality, which ranges between Fast, Balanced and Beautiful. You can even run tests to check your network connectivity, and change any advanced settings if required.

Through the app, you can access the Steam Store, check out your game library, chat etc. If you are using a controller, you can place the phone on a phone stand and play comfortably off your couch.

The wifi connection ensures good quality, especially since the app is just streaming your PC display onto your phone.

The game quality is of course, dependent on the hardware of your PC - if your computer can handle it, you could be playing at ultra settings and the same would be streamed to your phone.

You can also add external titles onto Steam (i.e. games not available on Steam), allowing you to access them using Steam Link.

Game play is quite smooth, and the onscreen controls work quite well.

Using a Bluetooth controller allows you to maintain better visibility on the display as you’re not covering it with your fingers.

There is no perceivable delay - maybe a few milliseconds - but it’s still quite smooth. However, while casual gaming would be great on this, it may not work as well for competitive games like PUBG or Fortnite.

However, Ahad Khan, an avid gamer feels, “It has bugs which needs to be worked out. In many cases, including my own, the app doesn’t work properly. Although the application provides features, which can connect different controllers to pc for ease of playing, most gamers will still prefer a PC setup over any other as playing in a PC can’t be replaced easily”

Using a Bluetooth controller, we can sit comfortably at a distance and play our favourite desktop games. If you’re playing on the phone, there are controllers that come with phone mounts allowing you to game easier without having to place the phone anywhere.

However, games-wise, it doesn’t make much sense to play AAA titles on the phone as playing on the PC by itself is quite tricky.

Casual gaming could still be an option, but those of us with PCs would probably not want to play on a dinky mobile screen! Having said that though, if you still like to play PC games on your phone, then Steam Link is an easy solution.